Alone Together: Charnett Moffett and Marc Cary on Motéma

By DAN BILAWSKY
May 2, 2013
Sign in to view read count
Motéma Music has a tremendous amount of material coming through the pipeline as the imprint celebrates its tenth anniversary in 2013. Drummer Jaimeo Brown's forward-thinking debut, vibraphonist Joe Locke's take on the mellow and bluesy, vocalist Rondi Charleston's most mature outing to date, and a trio release from pianist Eldar Djangirov are all hitting shelves around the same time, contributing to this unofficial celebration. Each one of those albums—and artists—has different merits that separate them from one another, but they share in the common usage of music as a communal force.

Interplay is part and parcel of the aforementioned productions, but the Motéma records under observation here stand apart from that list because of their solitary nature. Two different and distinct instrumental personalities—bassist Charnett Moffett and pianist Marc Cary—make a stand for the art of solo work as they go it alone together on one of the most important jazz labels to plant its flag in the twenty-first century. 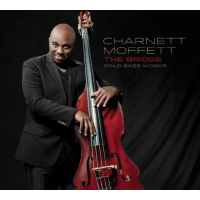 Bassist Charnett Moffett has been in the spotlight his entire life, but that light has never been so intensely focused on him until now. His bass has taken him from the confines of a family band to Julliard to the upper tier of the jazz world, where he remains to this very day. With a résumé that includes stints with trumpeter Wynton Marsalis, drummer Tony Williams, pianist McCoy Tyner, guitarist Stanley Jordan and saxophonist Ornette Coleman, it's tempting to say or think that he's done it all, but a solo bass album never made it onto his C.V. until now; The Bridge is his first full-length foray into solo territory and it's a doozy.

Moffett visits myriad moods and worlds as he delivers twenty tracks that range in length from a blink-and-you'll-miss-it forty-four seconds to a solid four-and-a-half minutes. He references jazz legends ("Monk Medley," "Caravan," and "All Blues"), pop's elite ("Eleanor Rigby" and Sting's "Fragile"), and bass wielding trailblazers; Charles Mingus' "Haitian Fight Song" is an obvious tribute, but Moffett also gives a nod to Paul Chambers ("Bow Song") and Ray Brown (Duke Ellington's "Things Ain't What They Used To Be") in his own special way.

Former employers also get their due, as Moffett explores the music of Marsalis ("Black Codes (From The Underground)"), Williams ("The Slump"), and Tyner ("Walk Spirit, Talk Spirit"), but this album isn't really about a bassist looking outward toward the work of others; it's about an artist looking inward, and that fact shines through at every turn. The tour-de-force title track and intrigue-filled album closer ("Free Your Mind") make that abundantly clear. 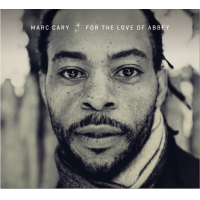 For The Love Of Abbey

Tribute albums are often framed as I-wish-I-knew-you outings that are simply about hero worship, but that's not the case with this one. Pianist Marc Cary was vocalist Abbey Lincoln's accompanist, musical mate and aural support system for twelve years. The musical history between the two makes Cary ideally suited to explore her richly emotive body of work, which he does in dramatic and absorbing fashion during this sixty-five minute program.

Not a word is sung or spoken from beginning to end of this solo date, yet the power and poetry in Lincoln's words is ever-present. Cary, like all great pianists, doesn't simply connect to songs through notes and tones. He has a deep understanding of lyrics as communicative currency and he puts his piano to good use in conveying the mood and shape of Lincoln's words. Cary is at his best when he lets his emotions take hold, as on the nostalgically ruminative "Who Used To Dance" or the highly dramatic "Down Here Below," which is flat-out phenomenal. "Another World" is another one that deserves the highest of marks for Marc, and "When I'm Called Home" is also a winner in every respect. Music rooted in the profoundly spiritual comes to the surface on occasion ("Should've Been") and the airborne often becomes earthbound ("Love Evolves") as the music develops in Cary's hands.

Lincoln's work was always tethered to the realities of the world, which she tended to paint neither with cruelty nor kindness, but simply with this-is-life brushstrokes; that's part of what made her such a hero to so many, and Cary captures that quality in complex and accurate fashion throughout For The Love Of Abbey.

For The Love Of Abbey

Track Listing: Music Is The Magic; Down Here Below; Melancholia; For Moseka; Who Used To Dance; Should've Been; My Love Is You; Love Evolves; Throw It Away; Another World; When I'm Called Home; Conversation With A Baby; Transmutate; Down Here Below The Horizon.