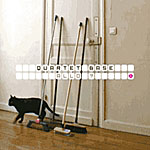 Pulling from a number of musical outlets, Quartet Base—part of the exciting French Circum collective—voids genre delineations on this, its first offering. Largely stemming from its unique instrumental line-up, including guitarist Sebastien Beaumont, trumpet and vocalist Christophe Motury, bassist Nicolas Mahieux and drummer Peter Orins, the group is able to find the common ground between, at various points, funk, metal, free improvisation and experimental rock, melding them into a unified and distinctive whole.

Fluid and improvisationally capable though it may be though, the group's strength begins in its compositions. From the outright this is apparent as "Chewing" presents a meandering guitar and trumpet line, whose edgy blues grooves with buoyant flow. Never straying too far from the piece itself, the unit is able to stretch out within tight harmonic restrictions, displaying the group's exceptional mobility as a collective unit. "M" sees the quartet further broadening its horizons as guitar strums and rolling drums back Motury's wordless vocal melody in a free-rock vein not far removed from contemporary units such as No-Neck Blues Band, albeit with shadings of Pharoah Sanders' spiritual vocations.

Elsewhere, "Deadzone" lulls along patiently, with Orins' funky off beats maintaining momentum behind the slurred counterpoint of Beaumont and Motury. Beaumont's guitar work adds a unique angle to the sound here, infusing the group with an edge that otherwise might be lacking. Unafraid to turn on the distortion and let it rip, the guitarist's lines are never stale, adding an elasticity to the already nimble group.

The stop-start rhythms of "Farce" find the band exploring freer realms in a highly restrictive rhythmic context. The folksy, almost Klezmer melodic line—led by Motury's loose trumpet and Orins' marching punctuation—is a fine example of how well this unit works when constrained. Never overdoing itself, the quartet is in constant unison, working toward a collective off-groove demanding of attention.

The closing "43/26 (Partie 2)" again sees Motury's wordless vocals entering the mix, easing the closing into a kind of late-night dirge. Never obtrusive in the way that vocals can be in these scenarios, Motury uses his voice instead as an extension of his trumpet, lifting and dropping lines with emotion and depth. It is a fine closing to an exciting debut from a young group of musicians who have already managed to carve out a distinctive sound for themselves.