Jax Jazz Collective: All the Things You Are: The Music of Jerome Kern

By DAN MCCLENAGHAN
May 1, 2015
Sign in to view read count 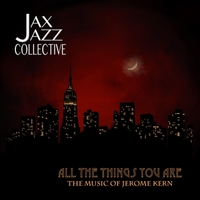 This is a marvelous approach to making jazz recordings: picking one Great American Songbook composer at time and exploring a set of his tunes, with a personal touch. Pianist Oscar Peterson released a series of tributes to the Standards tune-smith's on Verve Record back in the 1950s, tagged "Songbooks," celebrating George Gershwin, Cole Porter, Richard Rodgers, Jerome Kern.

The Jax Jazz Collective, out of Jacksonville, Florida, seems to be starting similar journey. In 2014 it was Lotus Blossom: The Music of Billy Strayhorn (J-Bo Records). Less than a year later the group has released All The Things You Are: The Music of Jerome Kern, a vivacious journey through eight of the Broadway/movie composer's wonderful songs.

It's said that Kern didn't like jazz renditions of his songs. But he passed away in 1945, and never got to hear Oscar Peterson's take on his classics, and he didn't, of course hear Keith Jarrett's, two artists who were/are able to turn his concise tunes around and let the light shine on heretofore hidden facets of the well-crafted melodies. The same thing that the Jax Jazz Collective does.

The sextet—trumpet, two saxophones and a rhythm—open with a sparkling take on "I'm Old Fashioned," one of Kern's most familiar tunes. The horns are hot. Juan Rollan burns things up on tenor sax, taking beautiful liberties. He's followed by a tart and tight alto sax segment from Mike Emmert. There's lots of spirited unison blowing, and with the energetic rhythm section—especially drummer John "L'il John" Lumpin—the group could pass for an updated version of Art Blakey's Jazz Messengers.

"Long Ago and Far Away" opens with leader Joshua Bowlus on Fender rhodes, giving the sound a modern resonance. Trumpeter Alphonso Horne sounds like Lee Morgan, in a relaxed mode, on his solo, his brassy contribution sandwiched between Bowlus' metallic Fender sections.

This is a fine, bopping, swinging sextet, with a first rate group approach that allows the individual voices to blossom out of the collective. Another stand out effort by the Jax Jazz Collective.

I'm Old Fashioned; Long Ago and Far Away; Make Believe; Smoke Gets In Your Eyes; Yesterdays; Nobody Else But Me; I've Told Ev'ry Little Star; All The Things You Are.

Title: All the Things You Are: The Music of Jerome Kern | Year Released: 2015 | Record Label: J-Bo Records 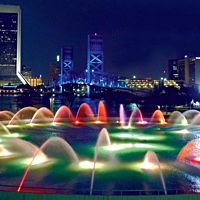