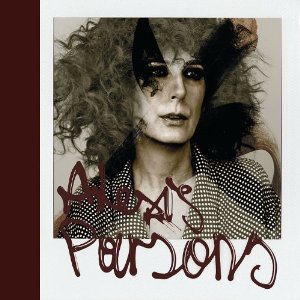 A-list material from the likes of Rodgers and Hammerstein ("Hello Young Lovers"), Benny Carter and Sammy Cahn ("Only Trust Your Heart"), and Michel Legrand and the Bergman's ("You Must Believe In Spring"), demonstrates good taste in the programming department, and Parsons treats each number with the respect it deserves. Six of the eight pieces are slow-drifting numbers that bloom under the care of Kimbrough and Parsons, but the two selections that stand apart from the rest operate in different rhythmic arenas. "Just Squeeze Me" has the requisite amount of vocal sauciness, without ever tipping the balance with overly coquettish behavior, and Kimbrough has a good time, as he shows that he can play the role of the swinging barroom pianist as well as anybody. The other number that's a departure-of-sorts is the oft-covered "Only Trust Your Heart." Kimbrough sets this song adrift with steady piano work that screams for some bossa nova drum backing, but this duo does just fine without it.

The remaining six tracks are glacial and graceful, and they largely succeed due to this pair's willingness to slowly draw out the flavors in each one. While Parsons is occasionally a tad over-dramatic ("The Winter Of My Discontent'), she touches on the right emotional frequencies more often than not, and Kimbrough provides harmonic cushioning that's refined and riveting in its beauty. While the program leans heavily on standards, Parsons looks beyond the jazz borders with "She," from Secret Life (Island, 1995)—Marianne Faithfull's collaboration with composer Angelo Badalamenti. While the source for this song is dissimilar from the rest, the execution of the number makes it feel right at home.

Album highlights, like the icy-turned-impressionistic "Lazy Afternoon" and album-closing "You Must Believe In Spring," tend to highlight Parsons' ability to slowly parcel out a melody in her own inimitable way, but she deserves as much credit for her storytelling abilities as she does for her singing. She inhabits these songs as if they represent her very being, making Alexis Parsons an alluring listen from start to finish.

The Winter of My Discontent; Hello Young Lovers; Just Squeeze Me; Lazy Afternoon; Only Trust Your Heart; Make It Last; She; You Must Believe In Spring.