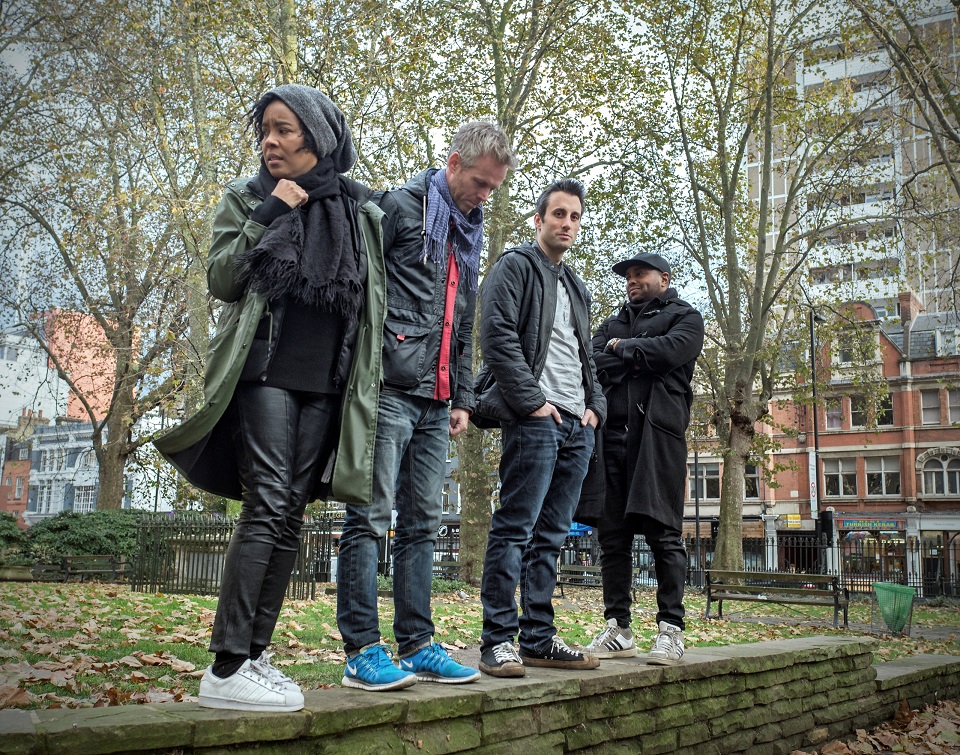 Sonorities Festival Belfast is one of Ireland's longest-running contemporary music festivals. This year saw the biannual SFB hit the thirty-year mark and to celebrate the milestone festival directors Miguel Ortiz and Simon Waters assembled an eclectic programme of contemporary musicians, composers and sound artists that straddled the worlds of multi-media performance, classical, contemporary string and choral, electronica, audio-visual and, with the Alexander Hawkins/Elaine Mitchener Quartet leading the way, some hardcore improvised music.

A dozen or so venues across the city welcomed artists from twenty nine countries to SFB 2018. Besides the music there were also some heavyweight talks under the umbrella of the Sonorities Symposium, spearheaded by keynote speaker Brian Kane, Yale professor and author of Sound Unseen: Acousmatic Sound in Theory and Practise (Oxford University Press, 2014).

Composer Pierre Schaeffer's term 'acousmatic sound' refers to, in a nutshell, disembodied sound. We experience acousmatic sound all the time but we don't usually associate it with a concert, precisely because we can see the creators of the sounds. However, watching the Alexander Hawkins/Elaine Mitchener Quartet—as intense a listening experience as you're likely to encounter—it was clear that you could only really focus visually on one musician at a time and therefore much of the music, arguably, was disembodied to some degree. When pianist, vocalist, bassist Neil Charles and drummer/percussionist Steve Davis were locked in harness all notes were sounds, all sounds were notes. The overall effect was a wall of pulsating sound, an ensemble sound that transcended traditional notions of individual roles.

Yes, Mitchener sang, sometimes with stunning operatic beauty, but unaccompanied for the first five minutes or so of this seventy-minute concert she worked her articulators furiously to fashion sounds more usually associated with madness, demonic possession, or children unselfconsciously playing. Comic, seductive and eerie in turn, Michener's opening salvo was punctuated by short passages of poetry and the stark contrast between these fleeting moments of seeming lucidity and the provocative stream-of-consciousness sounds either side worked an emotional effect not unlike Samuel Beckett's nerve-shredding monologue Not I.

When Hawkins, Charles and Davis entered the sonic act it propelled Mitchener to soaring vocalisations. Hawkins, at first maintaining a melodic vamp, soon ventured into wildly expressive soloing that was, with shades of Cecil Taylor, essentially rhythmic and dynamically percussive in nature. Charles and Davis meanwhile were whipping up storms of their own and the quartet's unified voice became an energizing force. Fascinating the collective changes up and down gears; Davis at his most animated, juggling sticks, brushes and percussive aids—mini-cymbals, gongs and shakers—which, having sounded, were then tossed over his shoulder, sounding again on impact.

During the music's not infrequent delicate passages Davis would place such objects on the drum skins with the delicacy of a parent laying a new-born in its cot; for all the quartet's sonic turbulence the care to avoid sounds at times, particularly during lyrical passages was equally striking. The sheet-music before all four was a reminder that the Alexander Hawkins/Elaine Quartet was working the material from UpRoot (Intakt, 2017), but bar the smattering of lyrical vocal parts with their sotto voce accompaniment, the line between composed and improvised music was blurry at best.

An extended piano, bass, drums segment saw Hawkins conjure peeling bell-like sonorities and Afro-Caribbean rhythms amidst thumping block chords in a passionate display, with Charles [Tomorrow's Warriors, Empirical, Zed-U] and Davis [Bourne/Kane/Davis] forging no less dramatic paths. Mitchener and Davis then embarked upon a duo improvisation, the singer's animalistic soundings and the drummer's fidgety invention evoking the teeming life of a rainforest with a storm brewing. The storm when it broke saw Mitchener soar over the fiercely rumbling rhythms, though even within the storm's eye there were, if you tuned in, tremendous subteleties at play—delicate touches and very precise articulations.

An unaccompanied bass solo morphed into a killer ostinato, kick-starting an infectious movement of bluesy swing—the backdrop to Mitchener's spoken-word poetry-cum-singing. It was as if Jeanne Lee and Charles Mingus had conspired to provoke some serious mischief. After an uninterrupted hour of this captivating performance the gaping pocket of silence eventually broke, ushering in generous applause from the clearly enthused audience. For the encore the quartet offered up the short piece "Joy," a strikingly sombre yet lyrical vignette; bowed bass, elegiac piano, whispering brushes and Mitchener's softly operatic one-word incantation combined in something akin to a prayer of hope.