Albert Ayler: Knocking On The Door of Astral Jazz 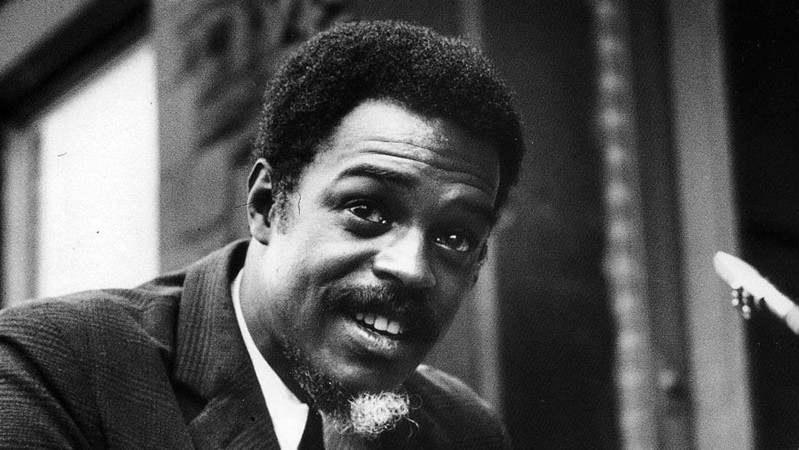 By CHRIS MAY
November 7, 2011
Sign in to view read count
Despite everything life threw at saxophonist Albert Ayler—critical incomprehension, paucity of performing opportunities, probable bi-polarity—his music shone with light. At the time of his passing, aged 34, drowned in New York's East River, he was, said some of his friends, in the depths of depression (leading to rumors of suicide, or, more fancifully, of murder). But he was still creating beauty—still searching for music as "the healing force of the universe," to quote from one of his album titles, or "wisdom through music," to borrow one by his near contemporary, saxophonist Pharoah Sanders.

During his half dozen years as a recording artist, the search took Ayler in several directions, each rooted in gospel music, rhythm and blues, American and European folk sources, and New Orleans-style, collective improvisation. Two releases—the first, recorded on tour in Europe in 1966, officially issued for the first time; the second, a pairing of two studio albums, one recorded in 1968, the other in 1969—follow Ayler's journey round three corners, revealing resplendent vistas at each.

The best moments come, as best moments should, on the final corner: four glorious tracks on the posthumously released The Last Album (Impulse!, 1971), now reissued in Impulse!'s 2-on-1 series. The tracks, totalling a half-hour, knocked on the contemporaneous astral jazz door of Pharoah Sanders and pianist/harpist Alice Coltrane.

(Some of these Sanders/Coltrane albums have also been released in the 2-on-1 series and are reviewed here).

These broadcast recordings were made during Ayler's November, 1966 tour of Europe—where, like other American jazzmen of his time, he found a bigger audience than at home—and have previously been available on poorly manufactured, pirated discs. The 59 minutes of music on Stockholm, Berlin 1966 are here given their first official release by the Ayler estate, with good audio quality.

The recordings were made the same month as those on Hat's previously released Lörrach, Paris 1966, with the same lineup. Ayler is heard alongside his brother, trumpeter Donald Ayler, double bassist William Folwell, drummer Beaver Harris and—with a provenance far removed from the "new thing"—the classically-focused violinist Michael Samson.

By late 1966, Ayler had refined the fearsome style with which he had announced his arrival a few years earlier. Multiphonics, harmonics and bar-walking honks and screams were still centerstage, but tempered by hummable melodies—always heard in Ayler's music, but now increasingly prominent within it—to which he and his band would frequently return during the course of a performance. The effect is like being at a revivalist tent show meeting (non-believers welcome).

Forty-five years after the event, it is hard to comprehend the outrage music like this caused, at least in America (the sizable Stockholm and Berlin audiences here are clearly having a ball). But cause outrage they did. "The sound was so different, so rare and raw," wrote the poet Ted Joans after hearing Ayler for the first time, "like screaming the word 'FUCK' in Saint Patrick's Cathedral on Easter Sunday."

The tunes themselves are drawn from gospel and folk music traditions: "Truth Is Marching In" sounds like a New Orleans marching band (Ayler's use of the a march format predated saxophonist Archie Shepp's and became de rigueur among new thing bandleaders); "Omega (Is The Alpha)" resembles an Elizabethan dance tune; "Bells" suggests a Scottish folk melody. The short "Japan" is Ayler's take on the Pharoah Sanders tune which Sanders recorded shortly afterwards for his seminal astral jazz album, Tauhid (Impulse!, 1967). The presence of a violin reinforces the folk resonances, though Samson himself, no dungaree-clad fiddler, plays in a style more attuned to the conservatoire than the ceilidh.

Ayler rerecorded some of the tunes, in shorter versions, a year later for Love Cry (reviewed below). The extended workouts on Stockholm, Berlin 1966 are much more rewarding, as Ayler and the band dig deep.

Recorded after Stockholm, Berlin 1966, these two studio albums—Love Cry (recorded in summer 1967 and early 1968) and The Last Album (recorded in 1969)—are here paired together as part of Impulse!'s invaluable 2-on-1 reissue series. The twelve-page liner booklet includes all four sides of each album's original gatefold cover, including the liner notes (though you may need a magnifying glass to read them).

Love Cry, produced by Bob Thiele—who took Ayler on to the Impulse! roster at the urging of saxophonist John Coltrane—has Ayler again accompanied by brother Donald on trumpet, with Call Cobbs on harpsichord, Alan Silva on bass and Milford Graves on drums. Cobbs, usually heard on piano, had first played harpsichord on Ayler's Spirits Rejoice! (ESP, 1965). Though underwhelmingly recorded by Thiele (a curious lapse), the baggage-rich keyboard enhances the spiritualized ambiance of the music.

Most of the tunes—each of them pretty—are given performances around three minutes long, permitting no more than theme statements sandwiching brief collective elaborations. After half a dozen of these, you may find yourself missing the extended workouts on Stockholm, Berlin 1966. Happily, these are provided by the two final tracks, "Zion Hill" and "Universal Indians," which last for six and ten minutes respectively. The first includes tenor passages of shimmering lyricism, the second a colorful solo by Graves.

The Last Album, produced by Ed Michel, Bob Thiele's successor at Impulse!, was a posthumously released affair, recorded over three sessions. It has been critically undervalued for forty years. On the down side, two tracks feature Canned Heat guitarist Henry Vestine and, as a result of Vestine's enthusiastic but rudimentary grasp of the material, are ponderous blues-rock grinds. More successful are two tracks with vocals by Mary Maria, Ayler's girlfriend and manager during the final couple of years of his life. One of them, "Again Comes The Rising Of The Sun," is a lovely piece of gospel refracted through Maria's actorly, and personable, recitative style.

The heavy magic, however, comes on four tracks—"All Love," "Desert Blood," "Birth Of Mirth" and "Water Music"—in which Ayler comes close to producing astral jazz of the type being contemporaneously made by Pharoah Sanders and Alice Coltrane, with Michel producing. Strong melodies, vocalized saxophone, a reduced quota of harmonics, and harp-like piano accompaniment; all that is needed for a full-on astral affair are ostinatos and a tamboura.

It is tantalizing to wonder whether, had Ayler lived longer, he might have continued in this direction; to what extent was it his own idea, to what extent was it at Michel's behest? We don't know. But of all his attempts to broaden his audience without abandoning his sense of a higher purpose, Ayler might, finally, have succeeded with astral jazz. As it is, the half-hour of music provided by these four tracks is gorgeous.