By NIC JONES
September 5, 2006
Sign in to view read count 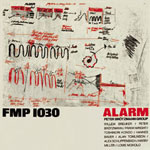 Any Brötzmann group utilising material based upon the graphic instructions for a reaction to a nuclear emergency is never going to lack visceral intensity, and this music proves that with megawatts to spare.

If the Brötzmann octet that put together the epochal Machine Gun (FMP, 1968) might be said to have been playing in response to the political and social times, the same is true of this music, cognisant as it is with the fractious state of Cold War relations in the late 1970s and early 1980s; the degree of continuity between this music, recorded in 1981, and that on Machine Gun is notable.

The discontinuities between the two sets are pronounced enough, however. In the case of Alarm, the kinetic rhythm section of Alexander Von Schlippenbach, Harry Miller and Louis Moholo arguably does the most to give the music a very different kind of lift, and the innate understanding between Miller and Moholo in particular lends the music a level of intensity in addition to that of the often squalling horns.

If assertiveness can be viewed as an expression of moral outrage, then this music ultimately might be viewed as such expression. As a musician, Brötzmann has always been iconoclastic in the best sense of the term, even though his roots lay in the big-toned tenor saxophones of the likes of Hawkins and Webster.

The resulting balance has made for the kind of multifaceted quality he hasn't been given due credit for. This disc is a case in point, not simply because the music it contains shows an engagement with its time that is all too often missing from improvised music.