By NENAD GEORGIEVSKI
April 23, 2016
Sign in to view read count 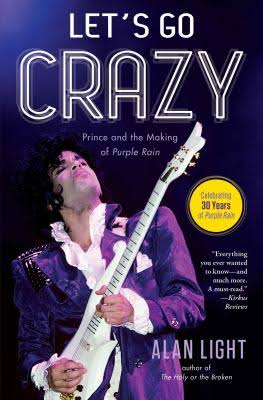 Musician Prince is one of the enduring enigmas of today's pop music. Throughout the years this eclectic, mercurial and prolific genius has dazzled, enraged and confused audiences and music critics alike both with his anarchic approach to music making, writing songs that oozed with sexuality, keeping the temperature rising with explicit shows, which were a wild ride in a category all their own, the myriad simultaneous projects or the multiple pseudonyms (like the unpronounceable symbol). It was 30 years ago, when Prince starred in the semi-autobiographical film Purple Rain which was released with a companion LP that catapulted him into a bigger star among the ranks of iconic musicians. In a period when most pop stars live off by yielding past successes by re-releasing anniversary editions of their past work, Prince shunned from any kind of nostalgic glancing back in the rear mirror and instead released two new albums Plectrumelectrum (Warner Bros., 2014) and Art Official Age (Warner Bros., 2014).

The success of both the film and the LP announced Prince's "purple reign" and the story of the making of this project, its success and global influence are the subject of writer Alan Light's book Let's Go Crazy: Prince and the Making of Purple Rain. As seen previously from his book The Holy or The Broken (Atria Books, 2013) Light never aims at one target in order to present his story. By interviewing various past band members and collaborators, producers, officials, Light tells the story from different angles and investigates every issue related to the making of both the film and the record. Very vividly he paints the times when things were very exciting in the music business. The first half of the '80s was the start of the age of record selling blockbuster albums, starting with Michael Jackson's iconic Thriller, (Epic, 1982) and 1984 was laden with record selling successes such as Bruce Springsteen's Born in the U.S.A., (Columbia, 1984), Madonna's Like a Virgin (Warner Bros. 1984) and Prince's Purple Rain (Warner Bros., 1984).

Back in 1983, Prince was relatively popular star, but far from the iconic heights that people like Michael Jackson or Springsteen have enjoyed. It was a transitory period for him where three of his four albums up to that point were certificated gold while his record 1999 (Warner Bros., 1982) yielded his first Top 10 success "Little Red Corvette." And no sooner did he gain fame than he shunned publicity, thus becoming a total recluse when not performing, which added to his mystique. And it's this enduring mystique and inscrutability he still thrives on that has helped him to survive all these years.

Light traces the story of the film from idea to full realization, from the initial writing of the script and its presentation to Warner Brothers, and the dislike by the label's development team. The project had to jump over many obstacles before it was decided the film was to be made. Everything worked against it. The plot was weak, and Prince, who was to portray the main protagonist, the Kid, was a popular rising star or more of a cult person with a number of devotees which was too small to be taken seriously as a target audience for a movie. It was also the director's debut film.

Released in 1984, this semi-biopic introduced worldwide the music scene in Minneapolis and its sovereign ruler. The artist best known as Prince rode a motorcycle and with the popularity of the film and the songs he rode into iconic fame. The film itself was a brace of broadly acted vignettes about sexual exploration and youthful star-gazing. Each was plugged into a patchy script about a broken home and a striving saloon band (The Revolution). What made the jumped-edited pastiche shine were the MTV-friendly stage segments, ready-made videos which cursive camera work and cutting rhythms revealed one of the most gifted attractions in the history of rock. The live segments showed how electrifying his shows were. Many of the songs were live cuts taken from an August 1983 concert at the First Avenue and 7th Street Entry, the famed Minneapolis rock club.

And the accompanying soundtrack was not really only a soundtrack, but a full album packed with strong songs. Naturally, the songs made the biggest impact. The album Purple Rain contained his first No.1 singles "When Doves Cry" and "Let's Go Crazy," including the most memorable song that fell one step short of the top spot, "Purple Rain." Production wise, the most pioneering offering was "When Doves Cry," which bass line was deleted by Pprince prior to the completion of the album. But it was the title track that was most affecting of all songs. Its 8 minute bravado was both the film's and the album's climax with its strong emotional resonance. No wonder it is guitarist Eric Clapton's all-time favorite song.

But the book does not only trace the highs of Prince's successes around that time, but also the lows, like his refusal to join the Live Aid band and performance, for which was severely criticized, or the failure of his next movie project Under The Cherry Moon, a musical comedy-melodrama which disappeared from theaters after two weeks of screening. While the film was a flop it boasted another No 1 hit single for him, the immortal "Kiss." As seen, none of the greats from 1984 achieved the same sale numbers with their subsequent records, either Springsteen or Michael Jackson. But Prince returned to form with Sign o' the Times (Warner Bros., 1987) with which he reached another peak and cemented his iconic stature.

What this book shows is how Prince's music and vision upended the music world back in 1984 and along it had an immediate and indelible impression on popular culture. Just like Prince juggled and combined his musical influences in a way that was uniquely his own, he also combined various outlooks in order to create his own signature personal style. The film's impact was not only musical, but it had a profound impact on fashion. In the aftermath, the film grossed $80 million dollars, while the album was awarded with an Oscar for Best Soundtrack, which songs flooded the charts with hits for another year. Alan Light's meticulously-researched, carefully-argued and well written book shows that all of that was a result of hard work and luck that owed to a particular time and particular circumstances that will never be repeated or replicated. Both the album and the film are documents of Prince at the summit of his powers when the artistic, critical and commercial collided. It was one of the watershed moments that defined the '80s.