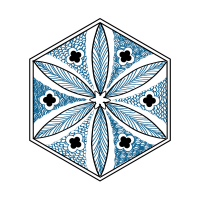 Thomas is known to be an adherent of Islam, which may be why the album title name-checks Al-Khwarizmi, the Baghdad-born eighth-century Islamic mathematician credited with inventing algebra. (Continuing the Islamic theme, the cover features artwork from a fifteenth century Mamluk tile.) However, the music within displays no particular connections to Al-Khwarizmi, his writings or to Islam.

Studio-recorded in June 2011, Al-Khwarizmi Variations features Thomas alone at the piano, playing ten "variations" ranging in length from under ninety seconds to just over eight minutes. Despite their titles, the pieces are not variations in the accepted sense—there is no obvious "theme" to vary—but a series of explorations which are independent and very different to each other. Some are clearly improvisations while others seem to include sections of pre-composed material.

Their durations mean that in any single piece there is time to explore one particular idea or technique but little or no variation. Instead, there are considerable differences between them. So, "Variation 2" opens with some quasi-classical flourishes leading into an impressively dramatic accumulation of rumbling chords. In total contrast, "Variation 3" is an extended improvisation inside the piano, including sounds from percussive scrapings and rattlings right through to prolonged passages of delicate melodic plucking and tapping. Simply exquisite.

In the hands of some pianists, such a collection of relatively short, contrasting pieces could be too diverse to hang together well and end up being unsatisfying. With Thomas, nothing could be further from the truth; taken together, the tracks present different facets of him, giving a clear picture of the breadth and depth of his piano playing. Al-Khwarizmi Variations is a major achievement.