Al Jarreau holds forth on the art of singing, the decline of radio and the glory of the great American songbook 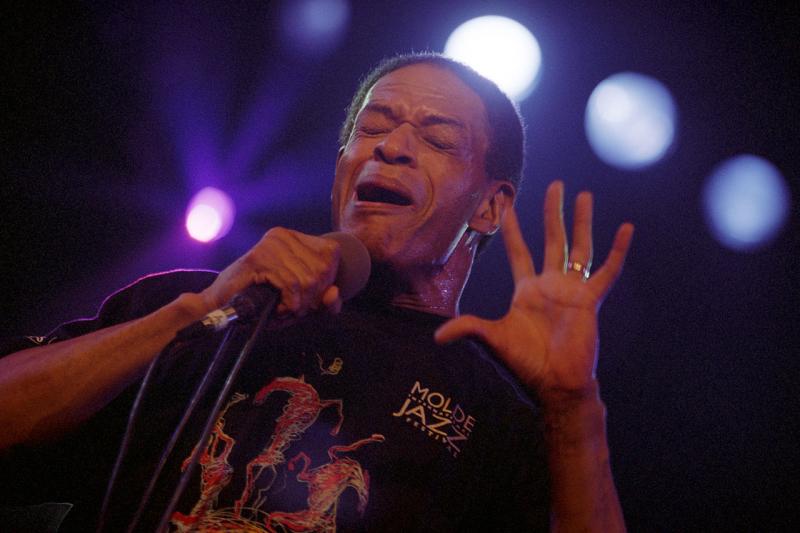 By JIM TRAGESER
February 14, 2017
Sign in to view read count
Note: This interview with Al Jarreau was originally published in 2004 on Turbula.net.

Any doubts that Al Jarreau was born to sing are quickly dispensed with by a simple conversation with the man—he is incapable of holding forth on the topic of music without dipping into the subject at hand.

Not ten minutes into a phone interview, Jarreau is scatting through a passage from a classic bop song of the 1960s, pointing out how the chord changes were lifted from an even earlier swing standard. ("I better not show up in jazz heaven," he laughs after pointing out the similarity in the songs. "They'll be mad at me and they'll be kicking my butt!")

Any suspicions that Jarreau is running out of steam in his mid-60s are dispelled by both the vigor of his new album (Accentuate the Positive) and his enthusiasm in talking about it and future projects.

"Accentuate the Positive was a long time coming, and I'm paying a debt I've had for a long time to do a straight-ahead 'jazz' project, with material that comes from that era, lots of it, and comes from the great American songbook," Jarreau said by phone from his Southern California home where he said the winter rains were busy flooding his backyard.

"For years, I'd been promising myself that record, and my audience—which is composed of a lot of people with jazz sensibilities, has been asking, 'Where's the real jazz record, Al?' I've been talking about this record for closer to 20 years than 15, and I'm just slow getting there," he explained.

"I wanted to do material that I hadn't recorded ever before, but which is responsible in many ways for my being the singer folks have known since 1975. These songs were my classroom, they were my academy."

Although he's best known for his r&b and pop hits from the mid-1970s through the '80s (and casual fans may remember him for the theme song from the hit TV show "Moonlighting"), Jarreau began his professional life as a straight-ahead jazz singer while attending the University of Iowa in the early 1960s.

"I was 23 or 24. I was a student, and that was my main vocation—but singing was my love," Jarreau said. He and some friends had a weekend gig at a local club in Cedar Rapids called The Tender Trap.

Jarreau and his bandmates even got to the point of renting out a studio and cutting some songs—those tracks later ended up being released as the album 1965 by an independent record label, an album Jarreau long disassociated himself from but is now coming to appreciate.

"It was not intended to be for public consumption," he explained. "That record was done just for us to enjoy the music we were making."

By the time 1965 was released, it was 1975, and Jarreau was an R&B star for Warner Bros. Records. He said that record caused him grief with Warner Bros., and he never got paid a penny for it. Still, Jarreau said of the unauthorized release, "In more recent years, it has occurred to me that that period of my life has not been documented." And he also allowed that, "The performances were pretty polished performances. I'm glad that record is out there."

His new record is on Verve Records, and is getting a lot of positive media—and Jarreau is staying busy touring. Yet he admits that the more narrowly focused formats of contemporary radio don't have room for a genre-defying artist such as himself.

"Airplay is so confined and limited. It seems like we're in a world of choices, and there's a real freedom in America for what you want to listen to. But there isn't. It's all decided by a handful" (of executives).

So how does he explain his own ongoing success?

"I've refused to go away!" he laughed raucously, then adds, "I'm an ex-cross country guy, so I know about long-distance running and being lonely. And I wish I had done a little high school wrestling because it gives you grit. I love what I do. I would do it for free. I've done it for free."

Jarreau also said the breadth of music he's tackled may be responsible for his enduring success. "It's R&B and it's pop and it has this jazzy undercurrent, but I'm touching this pretty diverse taste in music."

In addition, he has a large international following that allows him to tour overseas as well as in the United States.

"I've worked hard at developing an international audience. I've got an audience I work hard to cultivate abroad. Having that audience abroad has given me power in America, because I don't go away. I have audience over there who supports what I do, so I can survive with a small audience here.

"But for sure, you can't get rid of me—maybe I'm appreciated for some degree for that!"

Jarreau said he has enjoyed seeing the popularity of Norah Jones, who likewise has defied radio formats to find a substantial audience.

"The amazing success she has had is representative of America's need for a little more thoughtful music, a little more quiet music; music that has more than three chords in it.

"I love that people are coming back to it."

When asked if the growth of Indian casinos has also provided an alternative outlet for artists such as himself to reach their audience, Jarreau said, "Casinos have typically really supported live playing. The tradition is live playing, a jazzy kind of performance. From Sinatra and his colleagues, including Tony Bennett, the casinos have supported that kind of sound and were almost synonymous with live music.

"Talent directors in those places have to know their patrons are not 15-year-old kids. To that degree, you've got some older audiences and people who want a broader swath of music—more than one chord and an attitude!"

Jarreau admits that he doesn't listen to very much music—an admission he seemed to find a bit embarrassing. And what he does listen to bears very little resemblance to what he performs.

"My wife is still astounded at how little music I listen to," he laughed. "When I turn on the stereo, I deliberately turn on the classical station. My wife calls it 'padded cell' music.

"There really is a kind of quiet balance for me. When I'm on stage, there are no holds barred. As a performer, I am just a genetic throwback to scampering across the stage and doing everything. So there's a kind of balance in that quiet music. It's real orderly and it's structured. Nothing is improvised there; you can count on what that fugue is going to be. So there's a kind of orderliness and structure that I enjoy."

As for his future, Jarreau isn't anywhere near finished yet. He said he wants to record a big-band album, perhaps next—and one other style he's yet to tackle.

"I owe the world a Christmas album," he says.