Disreputable Few: Ain't Who I Was 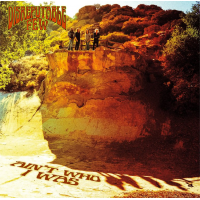 The name of this double-barreled guitar band, Disreputable Few, rolls off the tongue in much the same euphonious fashion as the group so often plays. And the intelligence and self-awareness of these versatile Los Angeles players, all of whom play multiple instruments here, manifests itself right from the start of Ain't Who I Was, where the clarity of the recording of its title song corresponds to a rigorous sense of purpose.

Accordingly, when stretching out on "California Calling," for instance, the foursome exerts a taut self-discipline, maintaining drive and direction that sounds as instinctual as practiced. The instrumental section on "Peace Pipe" further illustrates how the quartet clearly loves to jam, doing so with a tranquil grace that makes the acoustic arrangement of "Ain't Who I Was" stands on its own as a piece of music distinct from its counterpart at the start of this eight track album (the first full length work of theirs).

Given such economical understatement, it should come as no surprise that improvisations such as the one during "Hang On" bespeak an innate sense of structure. In supporting guitarists Randy Ray Mitchell and Mark Tremaglia, bassist Paul Ill and drummer Dan Potruch make themselves heard almost subliminally, as befits the individual members' road and studio experience with artists ranging from Bob Weir to Warren Zevon.

Disreputable Few have the smarts to use dual guitar interplay only sparingly, and never as a crutch or a gimmick. No doubt the presence of Mitchell in the producer's role furthers this self-restraint, but that doesn't make their pithy interaction any less laudable on "Wait For You." The quartet's self-professed roots in psychedelic blues-rock doesn't preclude a sense of humor either and it's as well-honed as their interplay during an Allmanesque instrumental, "Farmer Brian," wittily-named homage to the late, beloved roadie of Gov't Mule.

Like "Groundhog Day," that track illustrates the centered collective mindset of Disreputable Few as well as the group's lucid appreciation of history. This band may not be innovating to any great degree, but it is extending a contemporary tradition of rock and roll with as much substance as style.