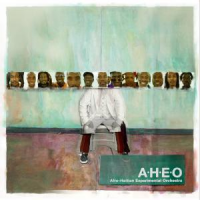 Haiti is arguably the most African country outside of Africa. It's culture, traditions, and religious beliefs are intrinsically connected to the continent which was home to the ancestors of its inhabitants. La Fête de la Musique took place in Port-au-Prince, Haiti in 2014, to honor the music of Haiti, and acknowledge its deep African heritage. Afrobeat drummer Tony Allen was the special guest at this event, in which he performed with Haiti's premier percussionists and singers. The Afro-Haitian Experimental Orchestra was formed for a one-time performance, and this recording documents it for posterity.

Tony Allen brought his working band consisting of: bassist Jean-Phillipe Dary, keyboardist/electronica wizard Olaf Hund, and guitarist Mark Muholland. Along with Allen on drums, this was the nucleus of the collective, expanded with musicians from Vodou and Rasin musical ethnicities. Local singer and vodou priest Erol Josué was responsible for procuring the musicians, and he brought in the best from the Racine Mapou de Azor, RAM, Yizrá El Band, and Lakou Muzik ensembles. Though afrobeat is a popular/secular dance oriented music, the Haitian repertoire presented here is ritualistic and centered around the voudou belief of Loas—calling of the spirits—each Loas having its own function or powers. Whatever the direction or influence, they all have their primordial origins in Africa.

Sanba Zao is a Haitian roots music pioneer who sings on "Salilento," the swirling introductory number setting the attitude for the duration. The utilization of modern electronica merging with tribal vocals was an ingenious move that presents the best of two worlds colliding. He returns on "Yanvalou," a rhythm of the Rada loas with dominant call and response, accompanied by a slew of master percussionists. Zao again delves into "Bade Zile," and "Wongolo" both traditional folkloric songs with strong mizik rasin orientation, which he dominates.

"Chay La Lou," means having a heavy burden, which the natives of Haiti know all too well. This track features vocalist Mar-Harold Pierre, who has a more contemporary style, backed by an inspiring spiritual chorus. Afrobeat's structure and instrumentation are brought to the forefront in "Poze," the electric guitar playing stimulating melodies around the complex drumming. New singers appear on "Pa Bat Kòw," as Zikiki and Mirla Samuel Pierre execute a fusion of compass and rara music. A sense of finality is evident on "Mon Ami Tezin," a mournful ballad with a funeral procession cadence, as the festivities come to an end.

With numerous musicians collaborating on an improvised project, one would expect a bit of anxiety, but this is not the case. This session is the mastered multi-tracks recorded at the rehearsal for the show, and wound up sounding like a field recording of a vodou ceremony with all its vitality intact. These performers were called in for their profound talents in depicting this music with authenticity, and they did not disappoint. It is a record that is energetic and alive with spontaneity, portraying artists amidst chaos, creating significant Afro-Haitian awareness that their accrued legacy is vital to their future.