By FLORENCE WETZEL
March 6, 2011
Sign in to view read count 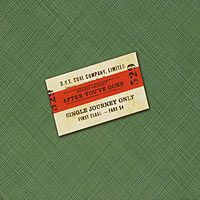 Do you need to know about an artist's personal life when experiencing their art? This question comes to mind when listening to Mandy Harvey, because the astonishing fact is that the jazz singer is deaf. She suffered from hearing problems throughout her childhood, yet she still sang in choirs and was lauded for her vocal talent. While a freshman in the music education program at Colorado State University in 2006, Harvey's world got progressively quieter, and eventually she lost her hearing altogether.

Harvey left school, and her involvement with music seemed to be at an end. About a year later, a combination of courage and encouragement led Harvey to resume singing. This led to performing with pianist Mark Sloniker and Friends at Jay's Bistro in Fort Collins, then to her 2009 debut Smile, and now to a second CD, After You've Gone.

The CD features sixteen songs, mostly standards, and showcases the full range of Harvey's talent. Her breathy soprano is immensely appealing—a combination of perfect pitch, exquisite timing, and flat-out soul. One of Harvey's gifts is her entirely natural phrasing. She's not afraid to let the simplicity of the words and emotions suffice, and she never embellishes just because she can. She makes good choices, revealing the bone structure of classics such as "My Foolish Heart" and "Over the Rainbow" while simultaneously infusing them with life.

The bedrock of Harvey's talent is her heart connection to each and every song. Emotionally Harvey is present 100 percent; she goes fearlessly into the depths, and doesn't lose sight of the nuances. Her forte is bittersweet ballads, and her take on heartbreakers such as "Forgetful" and "Ev'ry Time We Say Goodbye" could make even the most stoic person fall on their bed and cry. But Harvey has a mischievous sense of humor, skillfully combining both sorrow and savvy in "Cry Me a River" and "After You've Gone," as well as a gift for light and bouncy tunes such as "Witchcraft" and "The Song Is You."

Harvey is blessed with a terrific band, including saxophonist Peter Sommer, who heats up "The Song Is You," and trumpeter Brad Goode, who gives a Latin feel to a swinging version of "Nature Boy." Harvey and the band also shine on "Lullaby in Birdland" and "In Walked Bud," where they handle the aural gymnastics with aplomb.

There's no definitive answer to the question concerning artists and their personal lives. Art stands on its own, but knowing about an artist's life can add dimension to their work, and this is never a bad thing. After You're Gone is an excellent CD by a wonderful singer, and the fact that Mandy Harvey is an extraordinary young woman is just icing on the cake.

The Song Is You; Witchcraft; My Foolish Heart; Nature Boy; In Walked Bud; Ev'ry Time We Say Goodbye; Lullaby in Birdland; Forgetful; Cry Me a River; After You've Gone; Over the Rainbow; I Won't Cry; I Didn't Know What Time It Was; More Than I Can Say; Smiles; With You.