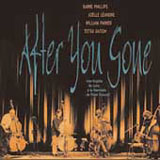 Reverberations from bassist Peter Kowald's passing continue to be felt two years later. Last year, a long-time bass quartet with one sub gathered to bathe Kowald's spirit in a bass balm. Comprised of close associates or admirers of Kowald, this quartet represents a summit from across borders and generations, sharing only remarkable technique and a love of the unknown.

Together they performed live in 2003 with lost comrade Kowald in mind, resulting in a collection at once gripping and goofy; stately, somber, and silly. Any listener dreading the timbral monotony of relentlessly thumping bass needn't worry with these four acoustic alchemists on board. An orchestra of tones and textures rises from the quartet.

Beginning with a variety of techniques and sounds, the quartet introduces itself. All four imagine unique soundscapes composed of eliciting sound from interaction on various parts of the bass. Ultimately, "Ant Warps" leads back to the strings and layering varieties of attack. An extended itchy arco chorus ensues. Extended into flute and piccolo range, "Passing Thru" features all four sailing, scratching, and searching around in high treble clef.

"Whoop Yer Tal" drops all four back into deep bass clef and trades the smooth serenity for spiky edginess. Breathless vocalizing joins the fray. Tapping sounds create a percussion group effect. A knot of bowed strings tangle after random whistling. The last minutes emulate flute and drums with no "bass" sound present. "Teebay Deep" drones low, with minor variations, until the sound relaxes and the group coughs. Opening with pats and pizzicato, "Bleu Grek" hurtles toward a frenzy. "p.s.-Te Queremos" (roughly, "we love you") is the heartfelt farewell, accompanying the receding funeral barge.

After You Gone bids a warm goodbye to Peter Kowald, reaffirming his spirit and talent.