Danny Green Trio: After the Calm

By EDWARD BLANCO
February 2, 2015
Sign in to view read count 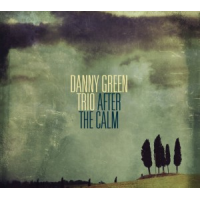 San Diego-based pianist/composer and educator Danny Green polishes off his third album as leader with the exceptional After the Calm offering ten outstanding original compositions of the mainstream contemporary nature blending a bit of the aggressive groove with a good portion of intimate jazz ballads and just a touch of Brazil for good measure and variety. While his previous two recordings were performed with small combos, this effort captures the pianist in the standard piano trio format featuring original band mate Justin Grinnell on bass and Julien Cantelm on the drums.

A terrific piano man on the keys for sure, it's probably his talents on the compositional side that makes this artist stand out for the music he produces is as engaging an intriguing as if penned by a veteran icon of jazz. This is plainly evidenced from the album starter "End of the Block," which in effect, announces the beginning of an amazing session of music. The following "Thirty Springrolls Please" is the first of a handful of hard-grooving tunes showcasing the group in an obviously assertive fashion. By contrast, "In a Dreamy State" introduces the group's first ballad with Green leading the way followed by soft bass lines and Cantelm on the brushes.

Displaying the trio's chemistry and individual chops, "Two Ways About It," is an intricate composition and perhaps Green's most ambitious work of the album. Clearly one of the highlights of the set has to be the enticing "Another One for You" where Green and Grinnell share exquisite solo moments in one of the best pieces of the album. Green's affinity for the Brazilian genre emerges on the spicy quick-paced "Choro Pra Corrente" ensuring that one of the pianist's favorite styles is included on this latest effort.

There's truly nothing calm about the title track for this is no ballad but instead, a burner of a tune where the band grooves it out in stylish fashion providing Grinnell more space to feature his prowess on the electric bass, more stick play from the drummer and of course, marvelous piano work from the leader. As the music begins to wind down, Green offers the last soft spot on the absolutely superb jazz ballad "Song for Hailey," a warm and inspiring piece of music and one of the more memorable tunes of the recording.

Closing out a wonderful set of straight ahead jazz in upbeat style, the trio swings on the perky "I Got Kite" where each member of the band takes a turn soloing an hopefully, leaving a lasting impression. Danny Green and his Southern California-based trio let it all hang out here, delivering a riveting performance on After the Calm, a superb musical project which no doubt, will serve to cement Green's growing reputation as a jazzman of note.

End of the Block; Thirty Spring Rolls; In A Dreamyc State; Two Ways About It; Another One For You; Choro Pra Corrente; March Of Ghouls; After The Calm; Song For Hailey; I Got Kite.