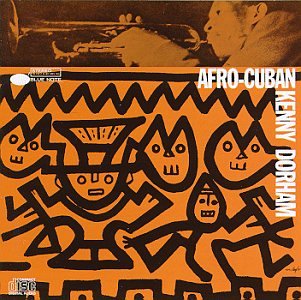 Quick and to the Point: An ageless recording of true historical import in all matters Latin and Jazz.

Several basic and rather obvious reasons to check out this recording:

1. It is one of the earliest well-informed, conceived and arranged mergers of jazz and Afro- Cuban musical idioms.
2. It was –and remains– a germane album in the career of the all-star cast and producing crew.
3. It marks the recorded debut of percussionist Carlos “Patato” Valdés in jazz.
4. It benefits from a well-deserved reputation and margin of influence among salient musicians such as Roy Hargrove –as well as every advanced Latin Jazz musical guard ever since.
5. After 48 years, it still kicks ass!

Although entitled Afro-Cuban, this album is bicephalic: conjoined between a primary Afro- Cuban jazz vision and a mainstream jazz voice –worthy of attention on its own. During the first five tunes, a lively collective brassy-coarse-grained sound from the wind instruments engulfs an immensely tasty rhythmic throb. In "Afrodisia," for example, Kenny Dorham’s writing features a chopped percussive edge, aided by Cecil Payne’s baritone sax bottom that frames a trumpet and conga banquet. Furthermore, Dorham’s melodic stabs offer a bright colorful harmonic palette of their own with a relaxed sense of the beat. Hank Mobley and J.J. Johnson follow back-to-back in this jamming melodically rich ditty.

"Lotus Flower," after a Horace Silver lead, is a delicate-yet-strong piece upon which Dorham and Johnson get you eating off their hands with such brisk playing. By the time one listens to both takes on the fiery coolness of Dorham’s "Minor’s Holiday," the Afro-Cuban singularities issuing from the then youthful Valdés’ hands keep Oscar Pettiford and Art Blakely happy-as-larks while trumpet, tenor and trombone roam agitated within quite a swinging pen. The alternate is not quite as tight and ambitious, although it doesn’t lag that much behind.

"Basheer’s Dream" –the only non-Dorham song in the recording– is a contemporary sounding guaguancó featuring quite an early use of the Cuban 3/2 clave in a jazz recording. Dorham demonstrates quite a bunch here. He has a mouth-watering capacity to elicit so much. In this energetic closing tune for the Afro-Cuban section of this album, the solos incorporate tight friendly melodic and harmonic lines from their mid-'50s environment while understating the process with no palpable weakening of any type foreshadowing some of the New York salsa developments of the late '60s and early '70s.

Percy Heath comes in, Pettiford, Valdés and Johnson leave and the recording goes on in North American Jazzlands. Swinging and bopping, swirling and jiving, the heat is on, baby! Listening to Dorham and Co. on these tunes –after the immediately preceding Latin forays– reveals a higher sense of flowing security, forcefulness and initiative. The territory is certainly more familiar. Silver’s piano shines through his comping in all tunes and he’s right at it in "K.D.’s Motion." The wind section and its writing has its own riffed percussive wisdom –as everyone does so well in the bustling interpretation of "La Villa."

A witty, tight, swinging, on the ball release from the Cold War Era, aging with increasing shock and awe.