Adam Rudolph's Galaxies at The Stone 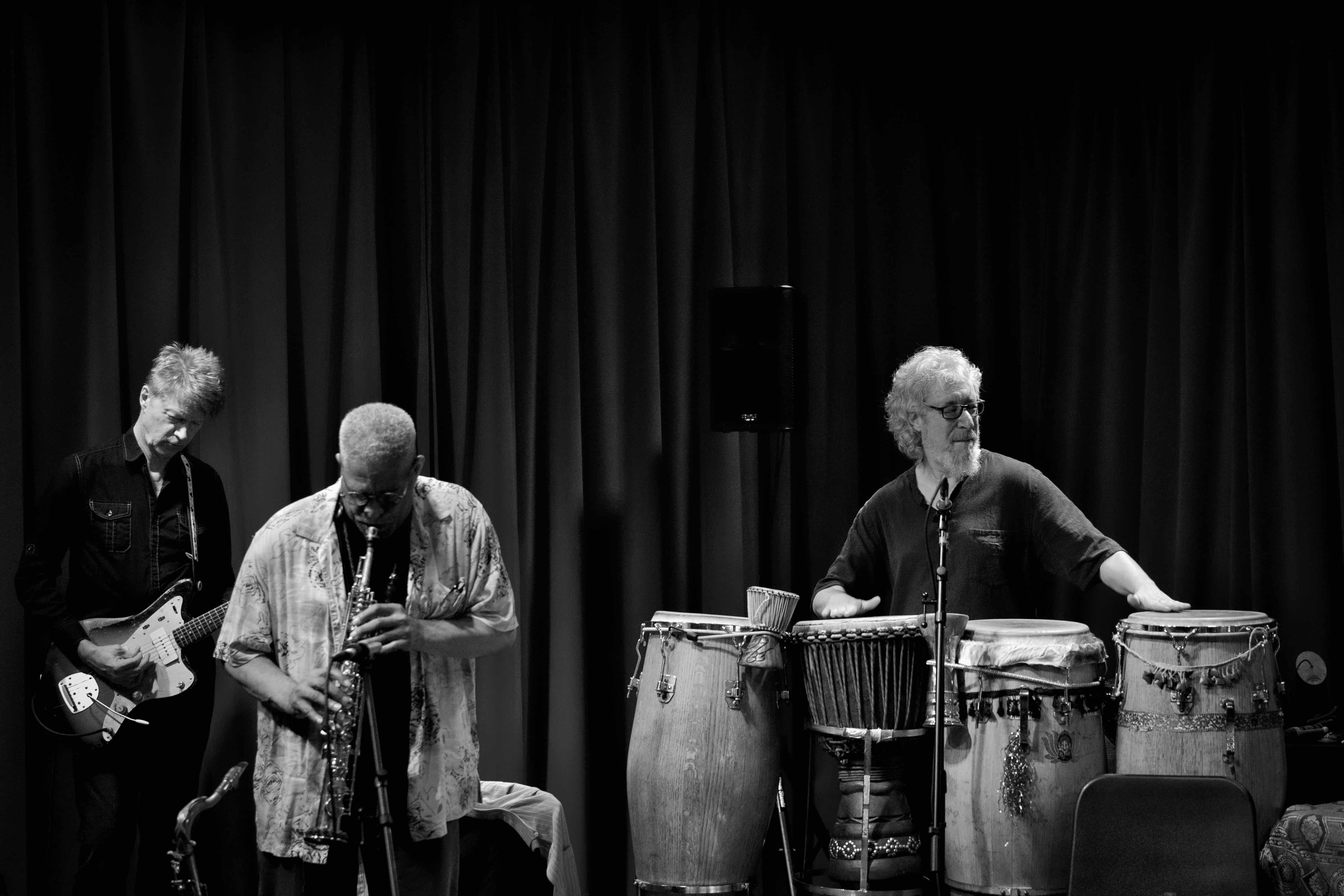 On May 10, 2018, as part of a week-long residency at The Stone, percussionist and cosmic traveler Adam Rudolph convened an assembly of stardust worthy of the name Galaxies. Backed by a flowing red curtain and facing a sold-out audience, he welcomed bassist Bill Laswell, guitarist Nels Cline, drummer Hamid Drake, reedman Ralph Miles Jones, and electronics guru James Dellatacoma for an evening of freely improvised soundscapes, grooves, and all points between.

Dellatacoma's atmospherics were the foundational impulses of what went down in that space. Their undercurrent provided a swampy, dreamlike environment in which to steep the soul. Jones awoke the senses with the drone of a hulusi (Chinese gourd flute), by which percussive awakenings were compelled. Laswell and Drake set up the first of many head-nods, which by their brevity indicated an infinity of possibilities. Each was the explosion of a distant star making earthly contact lightyears later in a cinematic swirl of associations. The shifting nature of the music might plant us firmly in a desert caravan one moment and in the next surround us with lush nocturnal forest. Despite the magnitude of musicianship required to evoke such imagery, theirs was a series of mostly delicate river-crossings for equal want of the lunar and the solar as Cline's prayerful swells and Jones' meteoric sopranism found flight in Laswell's deeper thermals.

Sampled conversations around inaudible topics shared breathing room with more immediate convictions. Whether in an ambient slumbers or Rudolph's travels through a global array of beat-makers, the band danced comfortably at the edge of language, shedding skins of meaning in favor of abiding love. The effect was such that even a drum machine felt like an archaeological tool. By the end, we were left with an itinerant sound that evades capture still by these retrospective words. Whether in Cline and Rudolph's profound crosstalk or Laswell's melodic fold into benediction, the only constant was an underlying politics of affirmation. Like the crackle of time with which the concert ended, it abided by a lonesome tenderness to which we could all relate.