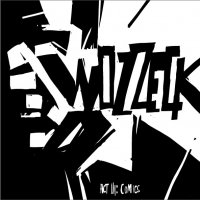 Saxophonist Ilia Belorukov and bass guitarist Mikhail Ershov made a good move when they invited four other musicians to collaborate on 47 semi-improvised parts of what they call "sound games." The use of instruments had to be unusual, and the whole venture lasted 23 minutes.

Improvisation can be fun and imaginative if the musicians key into each other as they do here on Act III: Comics, breathing life into each short vignette. Everyone has individual space to set up the moment and another to complement it. The dialogue between bass and electric guitar is a bow to electronica, but the canvas is wide enough to harbor careening rock guitar motifs, breathy invocations from the saxophone as well as a welter of squiggles and the forlorn cry of taut violin strings. Space is also ushered in, and despite the framework, time is not a luxury. They use it well to strike up conversations and soliloquies with equal eloquence.

All of this music is mixed down to 10-plus minutes by violinist Arturas Bumšteinas and clarinetist Piotr Kurek, who also add a looper, synth and laptop for their ministrations. The linearity is seamless underscored by a melodic vein from the sweet tones of the clarinet. The simulation breaks out of the body of the original fragments not only to shape a whole but a different tangent as well.

The package is done up in comic book-style from the cover to the insert, which is a great idea. With the music casing a spell of its own, this turns out to be an entertaining CD.