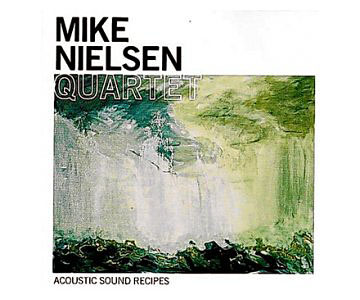 The instrumentation is spare, amounting to only Nielsen's guitar, Demos' voice, Brendan Doyle's clarinets and percussionist Shane O'Donavan's thumping. Without much baggage to carry, this group is well fit to interpret whatever music they wish. The ten original compositions are lengthy considerations (all longer than five minutes) of different climates, with "African Way" depicting a broad savanna of rhythms and sounds, accented by Demos' wordless vocals. The sound is an arid wind blowing.

"Temple Bar Monk" is a clever take off on Thelonious Monk" "fractured symmetry" method of composition, and Nielsen's lyrics are quite clever also, while "Expectations" is an extended elegy that pits Demos' voice against Doyle's clarinet. The duo sets up a rhythmic and tonal landscape into which Nielsen's acoustic guitar collides and eventually assimilates. O'Donavan strategically places cymbal eruptions throughout the piece, accenting emotive sections.

ADVERTISEMENT
The crazy, complex hard bop of "W.B. Will Haunt Us" comes by way of Eastern Europe, devolving into some thrillingly noisy modern jazz, all banging gongs and clanging clarinets. Nielsen plays wicked, single-note runs after Demos' vocal flights of fancy. Doyle, for his part, thinks he is Jimmy Giuffre circa 1961. The song is a "Hot Mess," in today's vernacular, while the lyrics to the attractive "Innocence" are the album's most straightforward.

Demos shares a direction of jazz vocal investigation with Gretchen Parlato, expanding the perimeter of no-words vocals, scat, and vocalese. With several recordings under their collective belts, Nielsen and Demos are due some street cred.