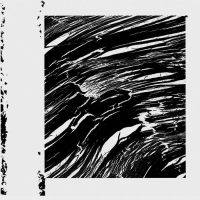 Beneath the banner A Pride Of Lions, three American and two French musicians join forces for a cohesive off-the-wall encounter. The outfit merits a name as it's not a one-off. This live recording was culled from a ten-date tour in early 2016, under the auspices of The Bridge, which allowed them to build trust and understanding.

Of course, they already had a head start, as multi-instrumentalist Joe McPhee and reedman Daunik Lazro have been regular collaborators since 1996 when they jointly helmed a band with the same instrumentation. Furthermore bassist Joshua Abrams and drummer Chad Taylor have linked up since Chicago days. Completing the lineup is a second bassist, Frenchman Guillaume Séguron.

While in some cases such ad hoc meetings might refuse to gel or create the magic, in the best, as here, the results can at times be electrifying. The album presents a continuous performance tracked into five sections. It veers from gospel-inspired soulfulness to bristling abstraction, by way of locomotive grooves. The pull towards meter is perhaps inevitable with Abrams (Natural Information Society) and Taylor (Chicago Underground Duo) in tandem. What's notable though is how the grooves provide but one of the colors in a diverse range of moods, traversed like a series of interconnected rooms, as the group never looks back.

Both reedmen have absorbed the lessons of Albert Ayler, whose "Mothers" is paraphrased towards the end of the disc, meaning that folksy melodies are leavened by fierce skronk. There are some lovely moments when the horn lines braid, but they quickly become unruly, always on the way to somewhere else, be that via Lazro's baritone reverberating overtones or McPhee's breathy pocket trumpet.

Another recurring default arises from the interaction between the twin basses, whether deep and resonant in the flashing bow work which opens the concert, or hard and abrasive in the stasis at the beginning of "Track 02." When Taylor switches to mbira and Abrams to guembri, then the rippling vamps take on an African vibe. But they easily avoid getting trapped into a prolonged rhythmic feel, maintaining the sense of adventure through the fast developing episodes which characterize this stimulating session.