A Pair On Polí5: DoMa Ensemble and Limbo

By DAN BILAWSKY
October 25, 2013
Sign in to view read count
Polí5 is a small, Prague-based imprint that takes its name from the bookstore/cultural hub from whence the music comes. The store opened its doors in 2006, but its proprietors were involved in supporting independent artists long before that. Under the name "Manuzio," they "ran the 'Apartment gallery,' held concerts and theatre performances and published low-edition book publications" in the '90s.

This zeal for independent artistry continued when the store opened, as the owners began to host small concerts, readings and exhibitions, but the reach of this small space grew infinitely when it created the Polí5 label. Each year, the label releases a handful of albums that speak to the creative music scene in the Czech Republic. None are identical, but many could be described as compelling, Czech-born curios in cardboard-like cases. Here's a closer look at two of them. 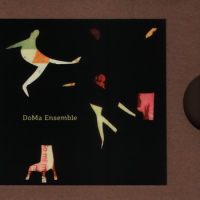 Calling a duo an "ensemble" may be a bit of a stretch, but it's okay in this case; two don't always sound like two here. DoMa Ensemble is built around the cello work and vocals of Dorota Barová and the saxophone work of Marcel Bárta, but layering and subtle sonic manipulations, courtesy of Barová, help to give the music a fuller sound.

DoMa Ensemble's music can be stark and solitary, tuneful and attractive, or simply melancholy. When this twosome locks into these different moods and modes of operation, they create absorbing aural paintings that have the ability to transfix and transcend the limitations that often come with the "duo" tag. Barová's pizzicato playing locks things into place, her arco lines create a groundswell of emotions and her vocals possess an attractive, muted quality which can't properly be captured with the written word. Bárta can be boisterous when he wants to ("Andromeda") but he rarely plays that card; he prefers to be on equal footing, emotionally and musically speaking, with Barová. It's hard to say if this is jazz, Euro-minimalism, or something else altogether, but it's absorbing stuff regardless of what it's called. 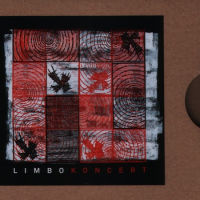 Limbo has undergone some personnel changes over the years, with line-up alterations and expansions, but the passion and intensity inherent in Limbo's sound hasn't changed one bit.

The band started out as an acoustic trio in 2004, with multi-reedist Pavel Hrubý, bassist Taras Vološčuk and percussionist Miloš Dvořáček, and became a quartet a year later with the addition of trumpeter František Kučera. The roster continued to change and grow when the "electro acoustic" version of Limbo took shape; that sextet line-up, which can be heard on the expansive Out Of Body (Amplion, 2009), runs concurrent to the acoustic quartet which is featured on this live recording.

Hruby, Vološčuk, Kučera and drummer Dušan Černák—the acoustic Limbo line-up circa 2012—present an hour of engrossing music on Koncert. Mournful strains ride atop excitable rhythms ("Dumka"), a swinging pulse pops up on one or two occasions, and free jazz even finds a place in the program ("Duo Paco"). The music is often moody and magical all at once, tapping into the roots of Eastern European jazz and folk traditions with an outward bound attitude.

While Hruby was the focal point on the aforementioned Out Of Body, no single person dominates during this program. Vološčuk is the melodic, harmonic and rhythmic lynchpin of Limbo, Kučera delivers some buttery-and-dark flugelhorn work that melts into the air and ears, and Černák shapes everything from below. Hruby, whose playing can emanate Jan Garbarek-like intensity and Charles Lloyd-esque melodic curiousity, is still a central figure here, but he isn't the central figure. This potent edition of Limbo has no central figure, nor does it need one.