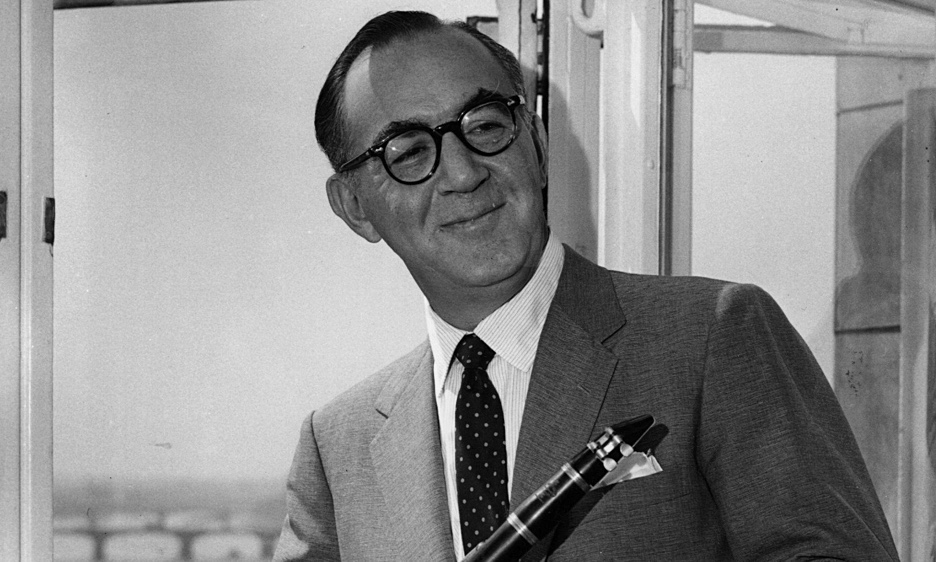 By STEVE PROVIZER
April 1, 2019
Sign in to view read count

Our initial attempt to disentangle this enigma by utilizing shifting hair patterns came to a dead end. Then, we hit on the concept of Spectacle Assessment Typology (SAT). &#151Dr. Stephen Provizer

A letter from an admirer of the Institute reads as follows: ..."why is the Tristano school always shown as a branch of cool jazz? Those guys were hardcore bebop heads. Is it just that they were white and some of them wore glasses so people confuse them with Brubeck?" A seemingly offhand, almost rhetorical question, which we here at the Institute took seriously and which led us to discover an enormous new field of research.

*Please note the gender limitations of this process. Until the 1960's, female jazz musicians seem not to have been allowed to wear eyeglasses in photographs.

Very few examples of eyeglass wearers in early jazz could be found by our research staff: James Reese Europe, Miff Mole, Charles "Doc" Cooke, Fudd Livingston and Frank Teschemacher. Questions arise: Were photograph-ees in general warned to take off their glasses to avoid reflections from the flash powder? Was wearing glasses considered "namby-pamby" enough that jazz players of that era felt compelled to take their glasses off? Is good eyesight part of a genetic constellation that also includes genes dominant for improvisation and the ingestion of bathtub gin? No clear answer emerges. In any case, white or black, as the above photos show, there was remarkable consistency in the style of the eyeglasses, thus simplifying the Spectacle Assessment Typology of early jazzmen (Primus Jazzus Sapien).

Assessing the next generation, we still see very few eyeglass "users." However, those who did were among the most well-known band leaders. Trombonists Tommy Dorsey and Glenn Miller led the way, along with Benny Goodman. This group (Swingus Jazzus Sapien) made a dramatic stylistic purge and massed around a new, wire-rimmed style. The Institute continues to research whether the domination of trombone players in this area reflects the relative difficulty of keeping a trombone slide in focus. In any case, the stylistic consistency of the eyewear allows for easy Spectacle Assessment Typology of this jazz sub-category.

During the 1940's, Mr. Dizzy Gillespie's protean, nay, cavalier approach to eyewear seemed designed to deliberately throw the Institute's researchers into cataleptic fits. Gillespie opened up the floodgates for jazz musicians who felt that personal taste-including darkly tinted eyewear ("sunglasses")-should be the sine qua non for eyewear, rather than the Institute's more reasonable, genre-specific approach.

Happily, there was more consistency among white jazz musicians. While it's difficult for the Institute to create a flow chart that would show definitively who originated styles and who followed, we can see a strong black horn-rimmed lineage running from Misters Gillespie, Howard McGhee and Thelonius Monk to white jazz musicians who adopted the style post-WWII. Adoptees of this style include Lee Konitz , Dave Brubeck and somewhat later, Bill Evans . We feel it is here that the confusion cited at the top of this piece via a vis Tristano and Brubeck is rooted.

We at the Institute are confident of our methodology. So confident, in fact, that we believe the natural tendency to group these musicians together because of their eyeglass preference is well-founded and that the idea of wide stylistic differences between them is illusory. Our Spectacle Assessment Typology analysis clearly shows that, not only is their music essentially congruent, they may actually have played together enough to have achieved molecular inter-connectivity, resulting in an entirely new species: Jazzus Ocularis.

Next time: The Tell-Tale Cravat.