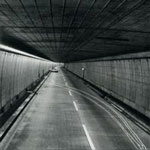 Tortoise celebrates its fourteenth anniversary this year with this four-disc box set of rarities and live performances, and it's just as strong as any other release the group has put out. That's saying something, given the quality of what the Chicago outfit has put on wax. Critics and fans have always struggled with a way to label Tortoise, generally agreeing on the term "post-rock" (previously and alternatively known as "kraut-rock," because one of the style's progenitors was the German group Can).

But Tortoise is as much post-punk as post-rock, post-electronica or post-anything else, which means that antecedents are probably a poor way to describe it in the first place. By combining intelligent improvisation, rock and jazz instrumentation, detailed arrangements and studio manipulation, Tortoise has come up with a unique formula that other bands (including a plethora of local offshoots) have emulated but rarely equalled. Amazingly, these Thrill Jockey recordings have also translated effectively into live performance.

A Lazarus Taxon bundles an abundant and diverse collection of material, either previously released, out of print, or only available on EPs, compilations and foreign labels. One might expect these odds and ends to be inconsistent or jumpy, but the music plays out in a consistently interesting and involving fashion.

Of the three CDs, the first is the best. The notable alternate versions and remixes here include the 2001 EP release "Sexual For Elizabeth," with a perky drum-n-bass foundation and a catchy hip-hop vibe; a totally surreal, hazy Autechre remix of "Ten-Day Interval," an anthem from 1998's landmark TNT; and the trance-heavy "Vaus," half of a split 7" the group used to promote its 1996 UK tour with Stereolab. On the second disc: a surprisingly unfragmented remix by glitchtronica specialist Nobukazu Takemura that was included on the Japanese release of TNT; the polyrhythmic, vaguely gamelan-ish "Peering" (a 2001 EP release); and another smart, detailed Autechre remix.

Disc three was originally released in 1994 as Rhythms, Resolutions, And Clusters, which is now out of print. This remix collection isn't quite as luminescent as the rest of the material, but it's worth hearing to appreciate the various personalities involved. Finally, the DVD which rounds out the set includes most of the group's videos (generally utilizing disconnected, lo-fi computer graphics) and twelve international live performances dating from 1996 through 2005.

Now is as good a time as any to pause and reflect on Tortoise's journey, which has yielded some incredibly deep and moving music, heavily oriented toward trance and polyrhythm, but always remaining shifty in an unpredictable and basically fun way. The liner notes in the box (in five languages, by as many authors), as well as the black and white images, do shine a personal light on the musicians at work and at play.

Warning: Pace yourself with this music, because it's worth taking the time to appreciate the nuance and detail at each step along the way. Repeated spins are highly recommended.