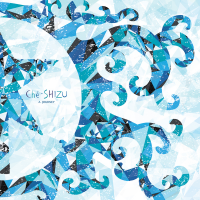 If you ever wondered why John Zorn lived in Japan for much of the 1980s, the answer is: for the music. These were the days before eBay and Discogs, when hunting for a recording by Keiji Haino required a trip to Tokyo or Osaka. Zorn, of course, brought much of what he heard back to the States, recording Haino, Yamatsuka Eye, Ruins, Ikue Mori, and Otomo Yoshihide for his Tzadik label and incorporating the Japanese aesthetic into his compositions.

One of the creative artists he was listening to was Chie Mukai. Mukai was a member of the improvising East Bionic Symphonia group, performing on her er-hu (Chinese violin) and piano. She formed the improvisation-folk band Ché-SHIZU in the 1980s and this mini-masterpiece A Journey was released in 1994 on P.S.F Records. The label had attained cult status, releasing hard-to-find (outside of Japan) recordings by Acid Mothers Temple, Ghost, Fushitsusha, and Peter Brötzmann.

Enter Black Edition Records, which has begun remastering and reissuing P.S.F recordings on high quality vinyl (and digital). A Journey is a key piece for appreciating the creative Japanese music scene, but also the work of many Downtown musicians, including Zorn, Bill Frisell, Jim O'Rourke, and Bobby Previte. Chie Mukai created this mélange of music by blending catchy pop, medieval chamber hymns and folky blues with quirky waltzes, and even an a cappella version of "Llibre Vermell de Montserrat," from a 14th century Catalonian manuscript. Yes, it is that eclectic. It may be better to call the music encyclopedic. Songs are sung in both Japanese and English. At times bits and pieces of the electric Crosby, Stills, Nash & Young are implied as are the sounds of Camper Van Beethoven. The second side of LP2 contains the two-part title track, "A Journey 1" and "A Journey 2," a gorgeous epic long-form flight of imagination that is part dreamscape and part imaginary soundtrack.