Albatre: A Descent into the Maelstrom

By EYAL HAREUVENI
April 5, 2014
Sign in to view read count 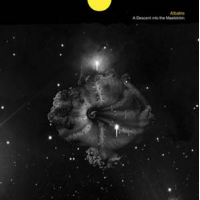 Albatre is a Pan-European trio based in Rotterdam, comprised of two Portuguese living in this city—alto saxophonist Hugo Costa and bassist Gonçalo Almeida, member of the Portuguese Lama Trio—joined by German drummer Philipp Ernsting. The trio's debut offers its schizoid vision of free jazz on metal and punk steroids with electronic sonic neurosis. Albatre's aesthetics stick to a thick, distorted stew of fast beats, sudden mood shifts, frantic drumming, and urgent, brutal sax and bass outbursts. Surprisingly enough this explosive, noisy mix is executed in total command, at times even with humor.

It is redundant to reference this trio magma of sounds to like-minded, non-conformist and powerful outfits as the Scandinavian The Thing, Ken Vandermark's Fire Room (with Lasse Marhaug and Paal Nilssen-Love), Japanese, guitarist Keiji Haino's Fushitsusha or even the Dutch The Ex. But Albatre has developed its unique sound, nuanced, searching interplay with a persistent attempt to push its sonic envelope with electronic effects and loops.

From the first second of the opening "Nautilus" it is clear that it is futile to resist to Albatre's dense mix of sounds. The trio floods you with its heavy, nervous interplay, locked in an addictive rhythm that keeps pushing Costa and Almeida. The wild, frantic "Maelstrom" is a joyful storm of noises that almost obscures heavy, repetitive drumming, muscular bass riffs and tortured sax shrieks. "Aphoric zone" reveals that Albatre palette of sounds is more colorful and now the trio builds patiently a detailed and intense texture of distant, resonant bass guitar lines, passionate sax playing, fractured pulses augmented by walls of noises until all collapse beautifully into a chaotic abyss of sounds. "Vampyroteuthis Infernalis" is another, uncompromising, climatic onslaught, that revolves around infectious , heavy rhythms, disturbed only with metallic noises. Albatre surprises with the last piece "Albatrossia" that introduces a leisured beat, almost relaxed reggae pulse, but soon pours it with torrents of distorted, effects laden bass and sax noises.