By HRAYR ATTARIAN
May 20, 2012
Sign in to view read count
University of Arts in Philadelphia boasts a premier school of music that is devoted to educating the next generation of innovators in jazz and other modern musical styles. Its dual 2010 releases show that it is indeed succeeding at its mission. 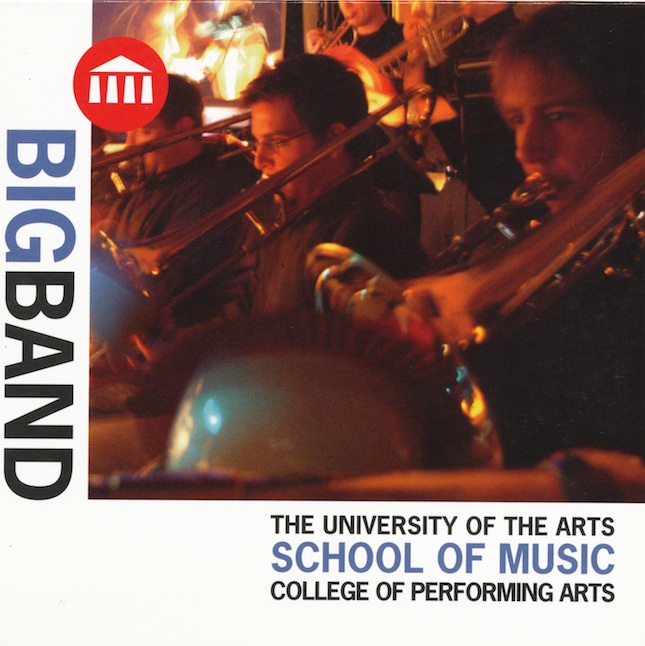 University of the Arts Big Band

In addition to skillful interpretation of these standards the album also features superb solos by highly talented students. Lead altoist Ian O'Bierne (an up and coming Philadelphia saxophonist), for example shines in an imaginative, Charlie Parker influenced, improvisation replete with masterful subtlety. While Nicole Tranquillo, who tried out for American Idol, dazzles with her R&B inflected, girlish vocals on the "Just Found Out About Love" and "Let the Good Times Roll" backed by, another promising musician, Leon Jordan Jr.'s understated muted trumpet.

The momentum does not slack on the twice as long Tranfusion Ensemble, a recording that uses a core assemblage, directed by professor and saxophonist Ron Kerber and covering nine compositions by either Herbie Hancock or Chick Corea.

If the emphasis was on deft handling of a grand orchestra on the previous disc here it is more on lush arrangements that create intricate musical ambiences. "Eye of the Hurricane" sets the mood of a storm in an Amazonian jungle with twittering of soprano sax and flute followed by the roar of percussion and brass. Mike Eustace's growling earthy trombone stands out of the background, and after an imaginative flight of fancy melts into the bottom heavy sounds of bass, baritone sax and drums that close the track. The supremely funky "Rockit" is very much in the spirit of the blaxploitation movie soundtracks conjuring images of muscle cars and urban streets as Adam Siegel's rollicking, thick alto balances the more urgent sounds of Mark Allen's baritone.

There is no dearth of soloist talent either. Nick Bockrath's breathtaking and intricate guitar mesmerizes on the electrifying and symphonic "Litha." Emily Newell meanwhile (recipient of the school's Bernard Peiffer Memorial Piano Award in 2008), shines on the Fender Rhodes with her brief yet dark and sensuous lullaby on "500 Miles High/Children's Song."

Newell showcases her classical roots on her Spanish tinged acoustic piano on "Fiesta" that features the trumpeter and percussionist extraordinaire Chris Aschman, whose steel pan drums bring a Caribbean spice to the melody. Aschman's high grooving trumpet is a rousing tribute to Freddie Hubbard on "Maiden Voyage" while his mellowed, dark flugelhorn, like aged whiskey, is smooth and warm yet with a complex taste on "Tell Me a Bedtime Story."

This pair of CDs proves that with educational institutions like the University of Arts School of Music and its gifted students and faculty, the future of jazz is quite bright.

University of the Arts Big Band

Tracks: The Git; I Just Found About Love; All The Way; Let The Good Times Roll; Vine Street Rumble; Quintessence; Saturday Night is the Loneliest Night of the Week; Magic Flea.