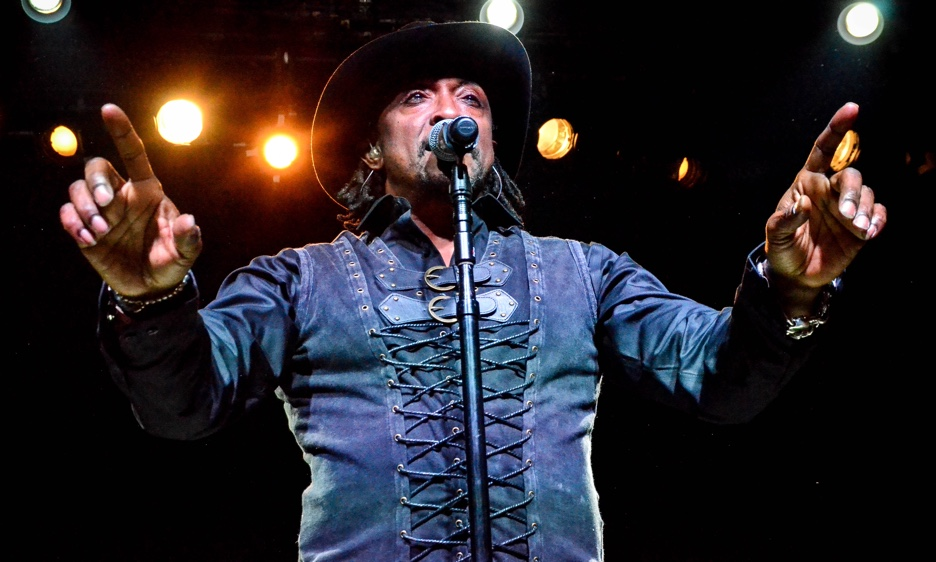 David Bowie was one of the most influential musicians for the 20th Century. His career began in the early 1960s and continued until his death in 2016. Acclaimed by critics, fans and other musicians, Bowie's music, much like his persona/personality, was stylish, innovative, bold, experimental, iconic and flamboyant. Because of his background in art, design and acting, Bowie's oeuvre is characterized by the reinvention and presentation of his music.

During his lifetime, his record sales have been estimated at 140 million albums worldwide. Bowie is best known for his songs: "Space Oddity," "Fame," "Young Americans," "Suffragette City," "Heroes," "Let's Dance," "China Girl," "All The Young Dudes," "Ashes to Ashes," "The Jean Genie," "Golden Years," "Rebel Rebel," "Lazerus" and many others. He released numerous bestselling albums and chart topping singles, received platinum and gold album awards as well as six Grammy Awards. Bowie stopped touring after The Reality Tour in 2004, and took a decade long hiatus. In 2013 Bowie released The Next Day (ISO/Columbia Records). In 2016 Blackstar (ISO/RCA/Columbia/Sony Records) was released two days before he passed from complications of liver cancer. David Bowie was inducted into the Rock 'n' Roll Hall of Fame in 1996.

In 2018, in an effort to pay homage to the music and memory of David Bowie, some of the musicians who played with him during the course of his career (led by his longest serving sideman, Mike Garson) mounted a tour to celebrate the man and his craft. Following last year's critically acclaimed tour, Garson on piano; Earl Slick on lead guitar; Carmine Rojas on bass; and Lee John (Slick's son) and Imani Elijah on drums/percussion have joined together with vocalists Bernard Fowler (who has worked with the Rolling Stones, the Dead Daisies and as a solo artist), Living Colour's Corey Glover, and Charlie Sexton (on vocals and second lead guitar) to bring A Bowie Celebration: The David Bowie Alumni Tour to the United States.

On a very cool early March evening, the line to get into New York City's intimate Irving Plaza was stretched down the block and around the corner. Street vendors selling everything from bootleg t-shirts to high end memorabilia plied their wares to the fans with tickets, to the scalpers with tickets to sell and to those milling about seeking to purchase ducats to sold out performance. On this evening the core band was joined by other talented musicians including: guitarist Vernon Reid, saxophonist Tim Ries, violinist Martha Mooke, drummers Omar Hakim and Sterling Campbell, and backing vocalists Naia Kete and Jeff Slate.

The evening's festivities began with Bernard Fowler singing "Bring Me The Disco King" which has been the standard opener of each date on the current tour. The choice, as Garson stated to the crowd, might have been a bit obscure. For some it was, but, as Garson noted, it wasn't totally obscure to many of the audience members "because you all are the real deal."

The evening ended with two encores: "Life On Mars?" from 1971's Hunky Dory (RCA Records) and "Heroes," which was inspired by Bowie's producer-engineer, Tony Visconti, embracing his lover by the Berlin Wall. The anthem tells the story of two lovers separated by the Berlin Wall—one from the east and the other from the west—and was designated as one of "The 500 Greatest Songs of All Time" by Rolling Stone magazine. After the encores, the players exchanged bear-hugs, took their bows, posed for photos and shook hands with and gave high-fives to the appreciative audience members closest to the stage.

Throughout the main set and the encores, those in the audience sang, danced and partied as they celebrated the life, career and the music of the late, great David Bowie. Because the musicians have played with and toured with David Bowie, the concert was definitely not that delivered by a cover band, but one featuring performances by the members of the collective that helped create Bowie's vision.

The performance was a career-spanning trip through Bowie's extensive catalogue. While some other tributes have concentrated on specific albums and/or eras, this particular tour has chosen to celebrate the man and his legacy. The concert, though, was not done chronologically. The two-hour trip through the legendary musician's canon was done organically, allowing each tune, and Bowie's craftsmanship and DNA, to ingratiate itself into the collective psyche of the audience members.