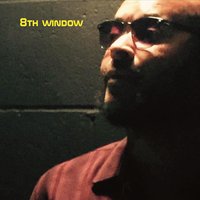 Anderson opens the latter tune with his fiery honking wails adding a spiritual edge to it. As bass and drums rumble guitarist Dave DiStefano embellishes the melody with resonant chords seamlessly transforming it to a jazz song. Anderson's improvisation is stirringly expressive and it stems right out of the simmering group performance. A quiet ambience permeates the concluding bars.

Anderson's own "Me 2 With U" has an infectious beat courtesy of bassist Paul Thompson and drummer Thomas Wendt. Anderson states the lilting theme with emotive eloquence and brassy tones. Shimmering notes and echoing strums mark DiStefano's suave solo. Anderson follows with introspective spontaneous musings. Trumpeter Rasheed Anderson, the leader's young brother, blows mellow and reverberating phrases as he takes his turn in the spotlight. His burnished horn infuses the track with a warm exuberance.

The intensely atmospheric piece "Double Vision" is evocative of a nocturne. Wendt's splashing cymbals, Thompson's lyrical bass and Anderson's lilting, undulating saxophone set the romantic mood. There is a lithe and easy flow to the ensemble play especially with Anderson switching to keyboards and DiStefano playing acerbic cluster of notes on his strings. A dramatic verbal conversation between Anderson and his wife, vocalist Diane Anderson, is quite cinematic even though it goes on a tad too long. This delightful album closes with a live duet of trombonist Juan Tizol's "Caravan" recorded at The Club Café in Pittsburgh. On this vibrant and energetic rendition of the standard Anderson blows with gusto and in stimulating circular lines. Drummer David Hamilton Jr engages Anderson in a thrilling, dissonant dialogue with his thundering polyrhythms.

DK Anderson demonstrates lot of promise as a composer and an instrumentalist on his first release as a leader. 8th Window is an engaging and highly enjoyable work that, despite a few rough edges, brims with soul and crackles with clever ideas.