By GLENN ASTARITA
September 21, 2014
Sign in to view read count 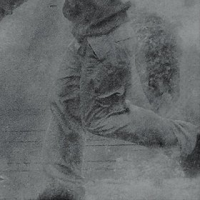 Reviewed on LP, the only other option for this release is a digital download, but with the latter you won't get the sharp colorful booklet that includes photos of the corresponding dance moves, choreographed by Yukio Suzuki and Wayne Horvitz' detailed album notes. The album was recorded at an old military base, Fort Worden that is situated in a state park outside of Seattle. In fact, the Fort serves as an additional instrument, especially heightened by the inherent analog vinyl pressing. The premise for this production emanates from Horvitz' numerous electronics works transposed to dance, video, and performed by the acoustic ensemble comprised of hornists and strings performers. And while he's revered for thinking outside the box within jazz rock, chamber jazz and other mediums, the concepts posed here, signify one of his most exploratory undertakings to date.

Listening to this album as a continuous piece via the subdivision of works and mini-plots, flowed rather seamlessly. The musicians venture into nouveau classical incursions amid what appears to be subliminal electronics effects caressing the strings and horns passages in choice spots. Several movements summon imagery of an interminable void. And various sections are designed with mesmeric and oscillating single note patterns atop swarming staccato lines.

Side B commences with the hornists' delivering a regal declaration of sorts, tinted with shadowy voices. It must be stated that Horvitz also intersperses sumptuous phrasings, equating to multi-hued pastoral settings with resonating accents and unexpected studio cuts in-between choruses. Moreover, the ensemble contrasts the production with minimalist detours and opuses that mimic the implied dance moves. Another striking characteristic is how the stone, plaster and wood construction of the fort generates a temperate foreground, inducing great depth. Ultimately, Horvitz' brainchild is a multidimensional feast for the aural senses that goes beyond the norm, and may even feature a few undocumented phantoms providing a transcendent aura along the way.