At 17 years old, the Cape May Jazz Festival has reached the pinnacle of its teenage years. As it readies itself for a third decade, its mere sustainability would be noteworthy enough. Yet this festival continues to deftly navigate its way through the cultural waters, from staying course throughout several periods of national economic unease, to consistently showcasing some of the world's most revered jazz musicians, to cultivating a rabidly loyal fan base, to generating positive press and accolades year after year.
Far from copping the turbulent attitude of a typical teen, when viewing its lifespan in the aggregate, the twice-yearly musical party flows relatively smoothly and magnanimously within its biannual rhythm, ebbing and flowing like a mellow tide.
As with any chronological pattern, the fest's history reveals weekends that flash with incendiary musical magic: three-day moments when performer, audience and any otherworldly presence that might hold together the space in between inhale and exhale together in tight harmony and thereby support 44 hours of suspended molecular perfection. 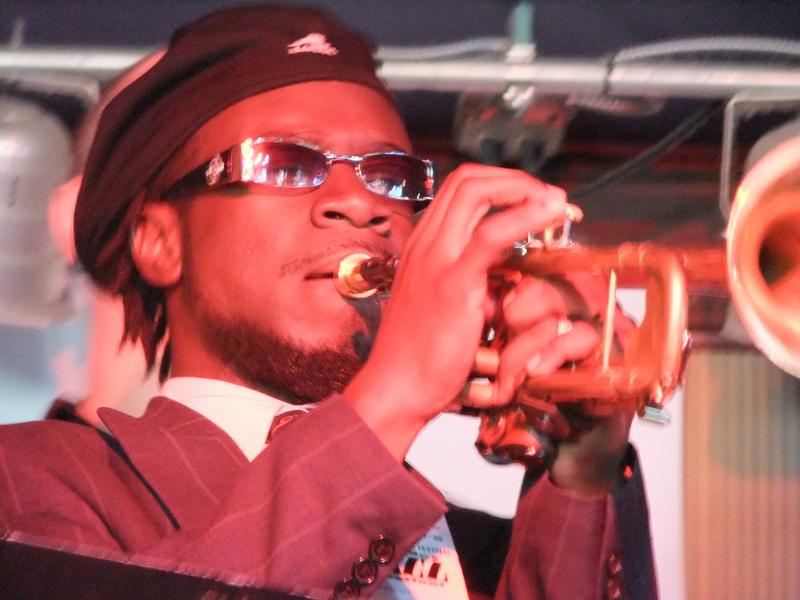 Yet with every peak must accompany a valley, and the most recent festival was regrettably one of these depressions in the landscape. To be sure, there were episodes that crested within the emotional receptacles of the audience: Shemekia Copeland wailing "Ghetto Child," Spyro Gyra inspiring fans to jump up and pump their fists in the air at the climax of "The Deep End," or Inetta Visor's booming blues voice lifting swarms of previously seated men onto the dance floor for a feverish two-step. Festival organizers, who believe this fête to be among their best, say they fielded a great many wildly enthusiastic compliments over headliners Copeland and Spyro Gyra, not to mention saxophonist Tim Warfield's tribute to Shirley Scott and Chuchito Valdes showmanship on the piano.

But to an objective observer who caught parts of almost all of the acts, the effect of these bubbles of brilliance was weighted by a surprising amount of dispassion—entire sets by down-ticket acts that couldn't muster enough energy to keep a crowd. Whereas during previous festivals it would have been unheard of to find a seat or available standing room during Friday and Saturday night performances at the two main jazz bar venues, this time it wasn't only possible; it was easy.

Nary a handful of listeners entered to hear a reconstituted version of the Shook-Russo Quartet—with its rare female upright bassist—take on its standards like "Holy Land" and originals like "Broken Teeth Blues." Perhaps that was a mismatch of band and venue: Amy Shook's bass didn't carry the force to fill the space and the quartet's tame straight-ahead style may have been better suited to a late-afternoon wedding reception than a tavern.

ADVERTISEMENT
Joe Batista did an adequate job subbing for Marta Topferova who was stranded in Paris by the volcanic ash that grounded flights all over Europe. But aside from a tiny group of women dancing to the Latin percussive beat of Batista's congas, upright acoustic bass, guitar and the traditional crooning of the Puerto Rican singer, few people were there to listen.

Seemingly bored would-be fans walked out of at least one set that featured Monnette Sudler playing with Bootsie Barnes Aaron Graves, and others. Although they're each talented musicians, their individual lines didn't synch, which made them sound more like a band rehearsing than a band performing. This condition was exacerbated by the presence of Brent White, a young, eager and worthy trombone player who, perhaps being a little too in awe of sharing a stage with Barnes, may have been concentrating too hard on his own playing to blend with the others. Further sullying the sound was the house sound engineer. He allowed the instrumentalists' levels to practically drown out Sudler's vocals, a mistake that was particularly disappointing when it became impossible to understand the lyrics to her original composition "Freedom Song," which she introduced with a poignant story.

And during the final nighttime performance of guitarist B.D. Lenz he and his accompaniment did their best to attain musical nirvana with cosmic yet jaunty renditions of classic rock favorites like "Another Brick in the Wall." Yet sadly, a muted audience response left the set feeling flatter than the musicians deserved.

Herein arises a crucial point: admittedly, the chicken-versus-egg, audience-versus-performer argument inherent in this analysis is difficult to parse. Did the musicians lack their usual vitality or was it the audience? Would reverb from a larger crowd have fed energy back to the bands? Or was the musical spirit juicing the bars' stages just not as fervent as in other years?

Festival co-founder Carol Stone says attendance came in at slightly under 5,000, down significantly from a high of 8,400 in 2003 and a fairly consistent number since April 2008, when the sudden condemnation of a principle venue coincided with the middle of the recession. To be fair, this past April, the chilly, dreary weather probably kept casual fans away, and at $150 for a weekend pass, the likely effects of the dreaded "R" word on jazz lovers' wallets can be surmised.

But with thinner crowds and two sponsors pulling their support, it may be worth considering a temporary retreat from such an ambitious schedule (30 nighttime sets in seven venues) so as to consolidate the audience and potentially reduce ticket prices. It may not be a popular strategy and it certainly shoulders some risks. But it can be argued that, taking the long view, a greater concentration of electricity within each venue would more deeply serve the audience, musicians and the festival itself than an energy that's refracted too sparsely.

Fortunately, the retrenchment could be short-lived, as economic news begins to improve and plans for a new Convention Hall are underway. Ideally, this contraction might be viewed in retrospect as just another challenge that must inevitably arise throughout the lifespan of any event that enjoys such success and longevity. And as savvy co-founders Stone and Woody Woodland and their board surely understand, it's occasionally necessary to channel an imaginative teenager's unrestrained creativity when the objective is to rear a more stable and productive young adult.