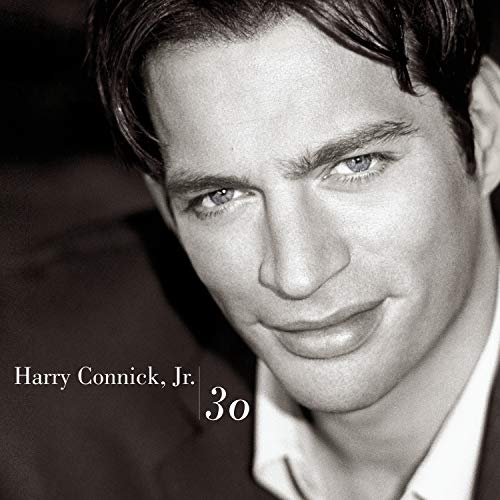 Released four years after the fact (the younger Connick is now 34), the New Orleans’ District Attorney’s favorite son has released another of his bi-decade birthday albums. As with 20 and 25, Connick has chosen a selection of standards, along with three of his personal musical heroes with whom to perform them. Opening with a rollicking player piano take on Fats Domino’s "I’m Walkin’," Connick pounds through an arrangement of "Chattanooga Choo Choo" which occasionally jumps the track. "Somewhere My Love" is similarly erratic, as if the master acetate (am I dating myself?) was being turned on a worn out mechanism. Connick’s solo piano on "The Gypsy" is spare and slight, allowing the story to pour through.

The first of Connick’s three guests – bassist Ben Wolfe – reunites with his first rhythm partner and takes his bassy bows on Frank Loesser’s "If I Were a Bell." In fact, Wolfe’s melodic soloing is most of the piece, with Connick comping gingerly in back for at least the first half. The late Rev. James Moore offers up additional soul to the Bayoud Brill Building blues of "There is Always One More Time." The album closes with fellow Wilkins manage-ee Wynton Marsalis taking most of the instrumental honors for the Cahn/Van Heusen chestnut "I Only Miss Her (When I Think of Her)." Among these well chosen guest spots are a Delta drag through Hoagy Carmichael’s "New Orleans" which makes ths Crescent City sound to be much less fun than Connick has painted it in the past, a foot stomping ride through Porter’s "Don’t Fence Me In," and a bouncy take on "Speak Softly Love" that even Corleone couldn’t refuse. Though a bit shaky in his old age, Connick is aging well.