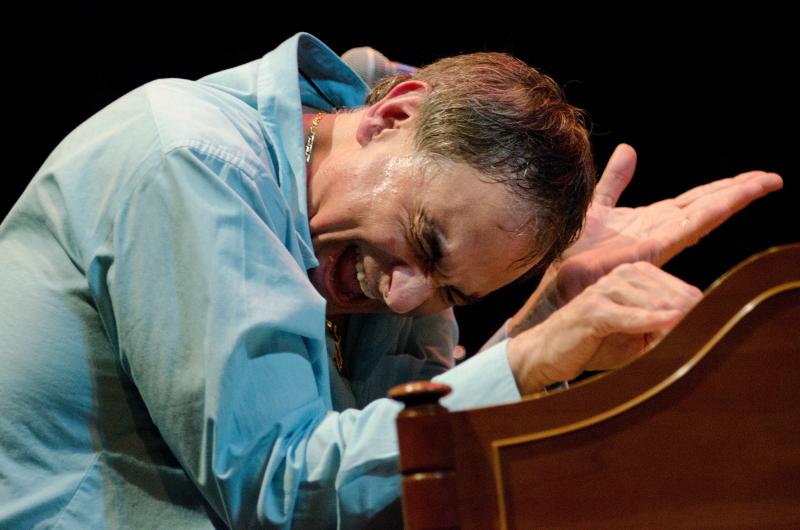 The Cleveland area has a long history of jazz pedagogy in relation to two well-established community colleges. Cuyahoga Community College's annual jazz featival, the better known program, dates back to 1980 and for many years was a spring tradition before shifiting to its current summer schedule. Preceded by eight years, Lakeland Community College has the distinction of being the longest running jazz festival in the state of Ohio, celebrating its 44th season during a recent March weekend.

Along with performances from local high school ensembles and a civic orchestra that are sprinkled throughout the weekend, the spotlight of the festival has always been the Friday and Saturday evening concerts featuring national acts. In recent years, the roster for these shows has included a wide range of talent including Chris Potter, Kurt Rosenwinkel, Bobby Sanabria, and T.S. Monk. This year's offering would include a return of the very talented organist Tony Monaco, who first appeared at the festival back in 2009 with guitar legened Pat Martino. Completing the bill would be Kenny Garrett and his quintet, making their Lakeland debut.

Although he has been a legend on the Columbus, Ohio scene for years, Tony Monaco has just recently been breaking new ground in an attempt to bring his talent to a wider audience. Back in November of last year, this writer had the pleasure of seeing Monaco join forces for the first time with guitarist Dan Wilson and drummer David Throckmorton at BLU Jazz in Akron. Their innate chemistry was palpable that night and as the trio has continued to work their bond has become even stronger. The fruition of this work was to be heard at Lakeland as the trio seamlessly glided from one tune to the next putting on the type of show that has to be seen to be completely appreciated.

Monaco can blow the blues with the best of them, but it's the variety of styles that he manages to cover that truly display his versatility. Relaying a story about time spent in Jakarta, Tony penned "Happy Sergio" for one of the guests of honor at the jazz festival there, Sergio Mendes. A buoyant samba with a sprightly melody, the trio clearly had a ball exploring this original. Dedicated to the recent passing of Maurice White, the group performed "Can't Hide Love" from the Earth, Wind, and Fire songbook and managed to make it their own.

For sheer pyrotechnics, it was hard to beat the quicksilver romp through the old chestnut "Indiana." By contrast, Monaco can pull out the prettier stops literally, recalling mentor Jimmy Smith on "Candy" and the lush ballad "The Nearness of You." A regular number in Monaco's book for some time now, "Root Down" can usually be counted on to stir things up to a frenzy. Every time Monaco seems to find new paths to take on this funky ride. This particular evening the organist turned snake charmer, conjuring up all kinds of Far Eastern sounds before laying out the funk.

Clearly Monaco is inspired by his cohorts and they in turn rose to the occasion. Wilson knows how to build a solo, alternating between single note runs and more complex chordal passages, all delivered with a clean tone that is minimally processed. Throckmorton regularly works with an organ combo in his hometown of Pittsburgh and his expertise is obvious. He knows how to build drama and quickly responded to Monaco's every move, while contributing his own share of impressive solos. 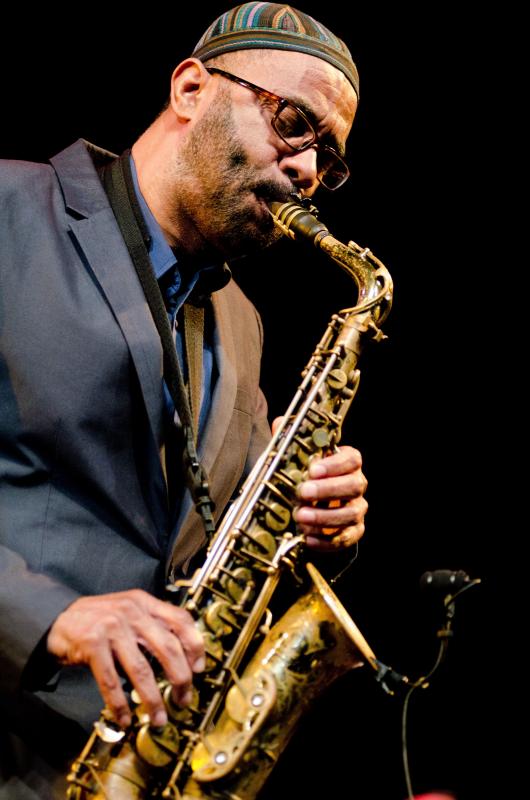 Performing many of his unique compositions from his most recent album, Pushing the World Away, Kenny Garrett held forth the next evening with a mesmerizing set that lasted over two hours. A Coltrane disciple at heart, Garrett surrounds himself with like-minded musicians that are capable of the type of high octane improvisations that made up most of the first half of the performance. On the blistering "Alpha Man," Garrett's own mercurial solo was followed by pianist Vernell Brown's crowd-pleasing display, which was certainly imbued with a touch of McCoy Tyner.

There was also plenty of open blowing for Garrett in tandem with Marcus Baylor, the mighty powerhouse drummer whipping up a frenzy as Kenny swayed back and forth almost as if in a trance. Adding further layers of rhythmic complexity, percussionist Rudy Bird was a special asset to the Latin-flavored numbers like "Chucho's Mambo" and "J'ouvert (Homage to Sonny Rollins)." Also figuring prominently was bassist Corcoran Holt, who contibuted highly to the mighty burn that was "A Side Order of Hijiki."

Garrett isn't one to converse with the audience, one tune artfully blending into the next, but he has a method of pacing the show that keeps it engaging throughout. As the evening wound down, Garrett would break into his signature tune, "Happy People," leading the crowd down a new path that was anything but routine. As the performance progressed, Garrett would engage the audience in a call and response session aided by his own vocal beat boxing. Then, one by one the band would drop out and leave the stage as Kenny blew his last notes a capella. It was an inspired closing to a stellar evening of high octane jazz.