By JOHN KELMAN
November 7, 2012
Sign in to view read count
October 28: My Kind of Jazz II and Umeå Wraps Up

There are plenty of jazz festivals in the world, but few with someone like Lennart Strömback at its helm; a presenter with big ears and an even bigger heart, his clear and profound appreciation for everyone who helped make Umeå Jazz Festival a reality was felt from the moment of being picked up at the airport upon arrival. As much as possible, Strömback puts a personal touch on the festival, including providing some great lunch and dinner spreads for artists, media and other invited guests. When you're eating in the same place that all the artists are, it's an opportunity to network and, more than that, just have some fun before, in-between, and after the shows. Transparency that makes everyone accessible is something seen more in European festivals than in North America, but Strömback goes a step further, and really makes it feel like one big working party. 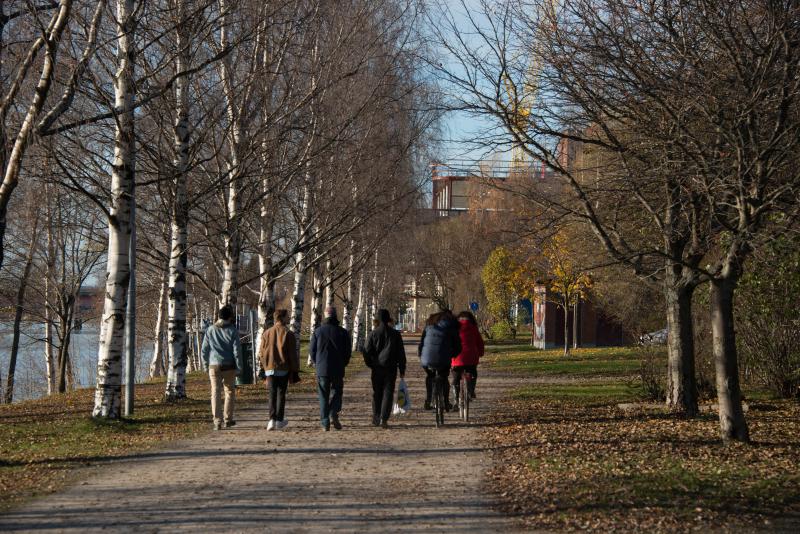 On the Sunday following the festival's last night of international performances, Strömback showed his appreciation by putting on a dinner for any of the remaining guests, as well as for all the volunteers who worked so hard, and with so little sleep, to make the 2012 edition a success. His speech to the crowd made his love and appreciation clear, but it didn't end there. An evening directed by pianist Mathias Landæus-whose 2009 recording with bassist Palle Danielsson and drummer Jon Fålt (Bobo Stenson Trio, Lekverk), Opening (Mare Recordings), is an impressive date of originals and a couple of standards-was more party than performance, though there were some very good performances. A number of outstanding musicians formed the house band-most of them local (as well as a guest performance by saxophonist Jonas Knutsson)-supporting a series of singers which ranged from a stunningly beautiful four-piece female vocal group to a duo that delivered some Swedish hip hop with plenty of spirit. By the end of the evening, the entire audience was up dancing, bringing Umeå to a close on a very personal note for everyone involved.

It was this kind of personal touch that-along with outstanding performances from artists known and unknown, established and up-and-coming, and young and old-gave Umeå its distinct personality; hopefully this first visit to a small town, nestled in Northern Sweden, won't be the last.