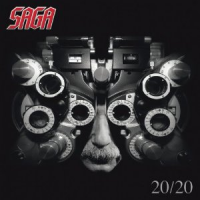 "Anywhere You Wanna Go" is a prime example of the artists' ability to bridge the gap between catchy, radio-friendly pop and high-velocity rock, with a souped-up, heavily amplified inference to fabled British band, XTC. This piece could surface as a cover tune for other units.

Add guitarist Ian Crichton's steamy legato lines atop Jim Gilmour's swirling electric keys, and the tuneful storyline takes on a bit of a hard-nosed edge. It's a composition that is indicative of the band's commercial appeal, yet also counterbalances its driving technical focus while touching upon the various modalities and timeworn approaches of the progressive rock idiom.