By GLENN ASTARITA
December 19, 2017
Sign in to view read count 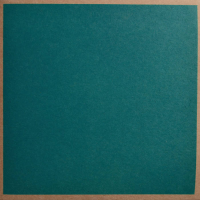 This Swiss label that abides by a musician-run collective manifesto has produced a limited edition of 100 CDs —also available via digital downloads —of this quartet comprised of a dual-sax attack, guitar and drums. As the lack of a bassist gives this band some flexibility based on the openness and odd-metered cadences they project throughout these 25, largely brief and concise abstract excursions.

Henkel goes berserk on the album opener "TS," where his feverish strumming, fed with gobs of distortion equates to a torrid search and destroy mission as Huber whips everything into submission. Think of avant-garde, hyper-extreme death metal. But moving forward, the guitarist tones it down while often contrasting and accenting the hornists amid nimble picking and partnering with Huber who often steers the momentum.

The quartet's emotive outpourings and intermittent moments of aggression are consistent traits on a per-track basis. Here, every piece is a mini-adventure. However, the sum of the buoyantly moving parts communicates a session that highlights the saxophonists' feisty dialogues, periodically suggest notions of instability, unrest or social chaos. On the final track "BT," Weidekamp and Weidner apply vocal characteristics to choruses instilled with discordant extended notes, possibly alluding to an equilibrium between angst and merriment. So, if you're looking for background music, then you're out of luck, but if expanding your mind and jolting your nervous system is the primary objective then this album may fit the bill.