By RAY COMISKEY
March 1, 2010
Sign in to view read count
Unless you're into the downtown jazz scene in Gothenburg, chances are that the name Naoko Sakata won't mean a thing to you. And Mari Kvien Brunvoll? Again, you wouldn't have a clue unless you had your ear to the ground, figuratively speaking, in Molde, home of Norway's best-known jazz festival. Or Trio VD? They're named after Valentine's Day, which is rather more romantic than a social disease, though their music is decidedly unsentimental. They come from Leeds, in the UK, by the way.

But if you were in a snow-covered, below-zero Stavanger, Norway in February, 2010, you'd know all about them and the nine other bands that made up this year's 12 Points! Jazz Festival. And that's the point of this unique annual event. With no big names, it's specifically designed to showcase young and emerging jazz musicians in Europe.

It's also shaped to encourage these young players to meet up and exchange ideas with their counterparts on Europe's culturally diverse jazz scene. Musicians still in the foothills of a career in jazz don't always get a chance to network with their peers outside of their own somewhat hermetic social milieu.

So 12 Points! helps to bridge gaps like that. Conceived by Gerry Godley, director of Ireland's Improvised Music Company, a state-funded, independent organization based in Dublin, the festival first opened its doors there in 2007. Dublin has been its home every year since then. Until now.

Like all the best ideas, it's a simple one. Any young, Europe-based jazz musicians may apply to perform at the festival, sending examples of their work in support of their application. Out of these, 12 bands or solo performers are chosen; no country may have more than one invitee. And, despite the title—an ironic reference to that cultural icon, the Eurovision Song Contest—there are no votes. This is not a contest.

Which is just as well—and not simply because the standard is so high. This year the choices ranged from ethnic musical hybrids to brilliantly articulated, heavy metal- and punk-influenced avant-jazz, to some personal perspectives on the (relatively) straight-ahead tradition.

The opening night was all this in microcosm. The three one-hour concerts, separated by half-hour breaks, included Georgi Sareski's 4Tet from Macedonia, Sweden's Naoko Sakata Trio and a duo, Knalpot, from the Netherlands. If the 4Tet's mix of Balkan and jazz elements, engagingly presented by guitarist Sareski, was pleasantly lightweight, then Knalpot's enthusiastic mix of rock, free improv, tapes and other throwback electronics left this listener cold.

The strongest impression was made by Japanese-born pianist Naoko Sakata's trio with bassist Anton Blomgren and drummer Johan Burgenius. Whatever her influences, and Bobo Stenson is probably among them, she has an amazingly mature conception; the music was lyrical, spacious, and delivered with beautifully nuanced trio dynamics.

As Gerry Godley said when introducing them, the festival could have been filled with nothing but high-calibre trios. Mark, for instance, the name of Germany's Pablo Held. His working trio, with bassist Robert Landfermann and drummer Jonas Burgwinkel, has already made two superb albums for the Munich-based Pirouet label, Forest of Oblivion (2009) and Music (2010), and their intense, brilliant dialogue, echoing the fluidly motivic approach of the vastly different Wayne Shorter Quartet, could be the next significant arrival on the international jazz scene. 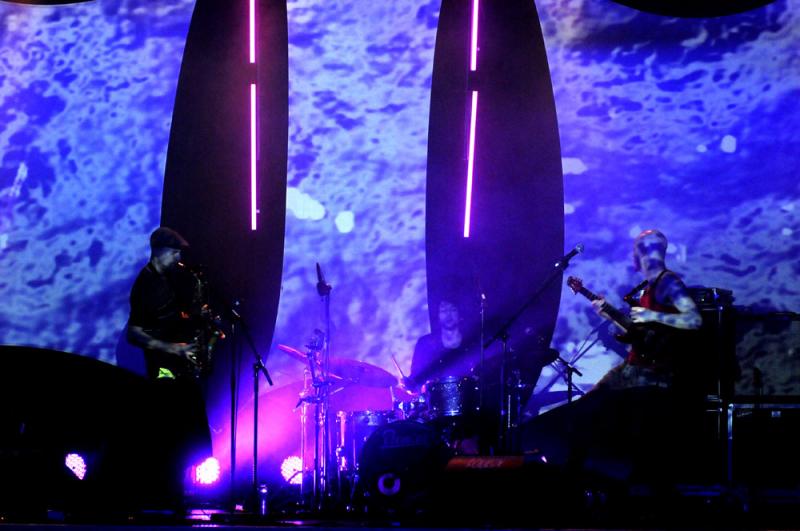 So, too, could Trio VD. Guitarist Chris Sharkey, saxophonist Christophe de Bézenac and drummer Chris Bussey thrashed around with the demonic energy (and volume) of punk and heavy metal. This raw, deconstructive music is not the stuff of emotion recollected in tranquility.

But their intelligent, witty, intricately conceived, polyrhythmic, contrapuntal work has the kind of precision, improvisatory freedom and mutual trust and inspiration that comes only from intense application. Think John Zorn, Tim Berne and, maybe, Marc Ducret and you have a glimpse of what goes into their sound world. Unsurprisingly, their mentor in Leeds is the gifted, explosively maverick pianist, Matthew Bourne.

Another who may go places was the festival's only solo performer this year. Singer Mari Kvien Brunvoll is a one-off, with a plaintive voice every bit as singular as, say, Björk. She builds textures with loops, pedals, thumb piano and even a zither for her musical home planet, a place somewhere between jazz, blues and pop. The emotional climate she inhabits is a bit narrow—perhaps a producer sensitive enough to introduce more light and shade without compromising her individuality might help—but it's an insinuatingly captivating, elusively compelling experience to hear her.

There were other things to take away from this year's festival. France's Donkey Monkey—pianist Eve Risser and drummer Yuko Oshima—mixed rock, stride, boogie, free jazz and song with a quirkily subversive wit. And though Finland's Quartester produced an "oh dear" moment when leader Kasperi Sarikoski essayed a sub-Chet Baker vocal, his virtuoso command of the trombone was astonishing. Bassist Vesa Ojaniemi's mature conception, though, was a crucial factor in the group. 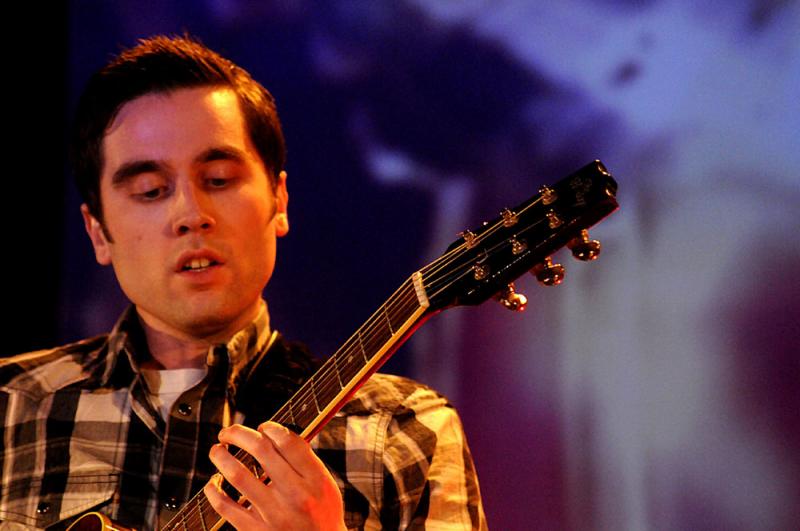 Ireland's Mark McKnight, runner up in 2008's Montreux Jazz Guitar Competition, headed a fine trio with Scotland's Euan Burton on bass and England's brilliant young drummer, James Maddren. And Belgium's Eve Beuvens Trio made a good impression with a set that reflected not only the contemporary impact of Brad Mehldau, but also the unmistakable taste of Lennie Tristano.

Trumpeter Lorenz Raab's XY-Band from Vienna was notable, among other things, for its use of two bass players and for his virtuoso command of the instrument. The group's overall style was effectively a musical amalgam which, to a degree, reflected Raab's collaborations with electronic artists, jazz players like the Muthspiel brothers (guitarist Wolfgang Muthspiel and trombonist/pianist Christian) and his own background in the Viennese Volksoper. If the extra bass didn't seem to add much to the color, texture or internal dialogue, the music that emerged was polished, kaleidoscopic in its mood shifts and very controlled.

Sadly, the festival's weakest concert came from Jazzanitsa, a Bulgarian-led sextet with a trumpet-tenor-alto front line and personnel drawn from Bulgaria, the Netherlands and Poland. The style was something like Art Blakey's Jazz messengers with a Balkan accent; alas, the execution wasn't.

Significantly, the audiences in Stavanger's well equipped and central Folken venue included a large quota of agents, festival programmers, club owners and label managers, as well as journalists. But if the festival is a good place to find new European talent, it's also a public event. It could have done with more non-professionals in to savor the music.

As the success of the Dublin experience has shown, it takes time to build a local audience for an event with no jazz celebrities. Yet, overall, the stunning quality and diversity of most of the talent on display in Stavanger underlines the uniqueness of a festival like this. It takes a lot of putting together—including 14 separate organizations in Norway, Ireland and other European countries, as well as the help of a number of embassies and cultural institutes—but the payoff in musical and cultural terms is incalculable.