The Gordon Grdina Trio: . . . If Accident Will

By JERRY D'SOUZA
December 4, 2009
Sign in to view read count 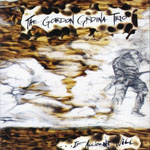 Guitarist/oudist Gordon Grdina is one of those rare musicians who is at home in several genres, bringing a strong presence to his music. He is as adept in improvised music as he is in Arabic Taqaism or Indian music. He can let his oud sing a rapturous song and make his guitar rock loud and heavy. But it is his merging of different streams that gives the greatest credibility to his artistry and his vision. And he can build a structure that is symmetrical as much as he can explore forms and then dissipate them.

Given his wide-ranging projects it is only natural that Grdina has different bands to suit the music. The trio setting here suits the music, with Tommy Babin (bass) and Kenton Loewen (drums) engaging in dialogue that is as expansive as it is cohesive as they navigate the intricacies of the compositions.

The ruminative "Cobble Hill/Renunciation" is the right window for them to explore the nuances of a composition. Grdina is deliberate in his approach, adding a perspicacious flurry of notes to break the flow. But the mood is largely introspective as the trio defines the arc of invention through the resonance of the oud, the beat of the drums that can go on a tangent, and the ability of the bass to coil and then limber into the melody.

"Morning Moon" is a song of absolute beauty, the lilting Arabic melody at first delicate and then slightly animated and sparkling. The oud finds its compatriot in the bass, with Babin opening a pliant vent of notes; Loewen is circumspect, adding splashes of color with his shaded rim shots. "W.W.T.W.D.," a blues tune that stays firmly in the groove, is also encompassing in its appeal as it undulates, slowly basking in the glow cast by the guitar and the nimble lines of the bass.

This is a well-rounded album that offers prime exposure to one of the many sides of Grdina.